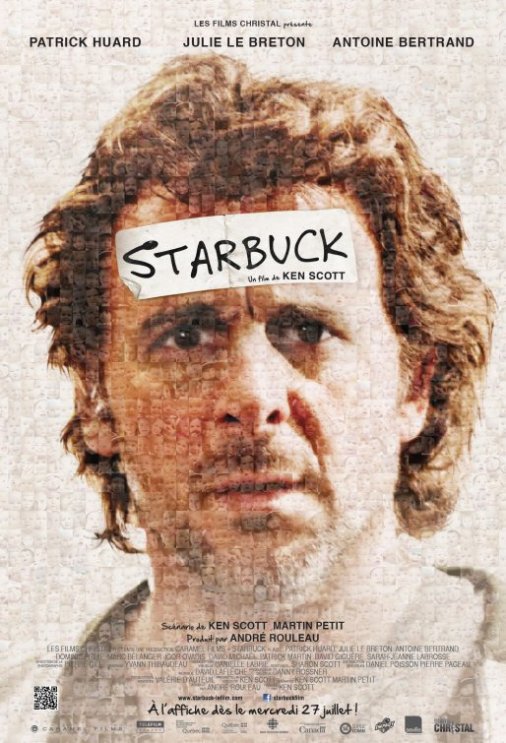 Although the title might mislead (no, this actually isn’t about the expensive coffee….), what this film offers is nonetheless a hearty and warm mixture of comedy and paternal love. Starbuck, featuring charming performances from Patrick Huard, Antoine Bertrand and Julie Le Breton, is an uncommonly smooth cup-o-Joe.

It’s also been a while since yours truly has seen a foreign film (rather, a film where none of the dialogue is in English), and having to split my attention between reading the subtitles and what was happening at the time was actually refreshing. I suppose it helps having a script that is both hilarious and heartwarming as well. And French-Canadian Ken Scott’s new film possesses more of these qualities than I’ve seen in a good number of films as of late.

A bit farcical, the film centers around 40-something David Wosniak (Huard) who is quite an amiable fellow but has yet to really get his shit together. More importantly, what you need to know about David is that in his earlier years he was quite the prolific sperm donor, making frequent visits to the clinic annually under the alias ‘Starbuck.’ One day a representative of this clinic walks into David’s life with the news that he is being sued. . . . .and that there are 140-plus plaintiffs to face.

Then he’s reminded of his previously puerile lifestyle, and of the quality of his sperm samples — David’s inadvertently become father to 533 children, of whom 142 are interested in meeting their father. By going through the legal system, these kids hope for the chance to finally know his identity. Of course, David is at first reluctant to step forward, in knowing how weird the story will play out publicly. And somewhat predictably, yes when the news gets out about the lawsuit, the name ‘Starbuck’ instantly becomes a nefarious term to throw around. In fear of having ruined his own life forever, David decides he wants to become actively involved with these kids  — he’s tired of being a screw-up and wants to change his fortunes, once and for all.

While he’s strangely floating through the lives of his kids, the tension fueled by media and the public outrage at such a situation begins to wear on David and he’s ever reluctant to reveal his identity. Especially since he’s trying to rekindle lost love with his former girlfriend, Valerie (Le Breton). When she tells him she is now pregnant, our lovable but scatterbrained Starbuck finds himself more conflicted than ever.

The film’s tone might be misconstrued as being a bit sappy or too pat, but if anything, those seem to be general misjudgments on the part of anyone who strictly defines ‘family’ based on the mother-father-and-three-kids blueprint. Certainly, we’re dealing with extremes here in Starbuck, but that doesn’t mean it’s any less enjoyable. In fact, the extremes are what makes the film such a treat to watch. 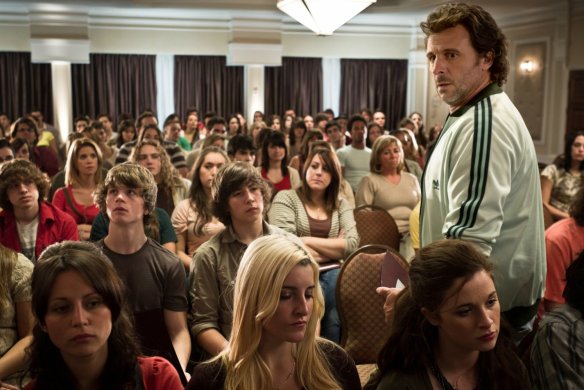 Recommendation: Interestingly enough, an American version is slated to be released late 2013, possibly early ’14, and will star Vince Vaughn as the ‘David’ of this version. Originally going by the same name, this new release is now titled Delivery Man. Now, I’m going to make a bold prediction and say that even with the same director behind the camera, it will fall short of the heartfelt schmucky-ness found in Starbuck (which, by the way, was actually first put out in 2011 to Canadian audiences). With all that said, I fully recommend experiencing this version. . . at least, before you see Vince Vaughn trying on the role for size.