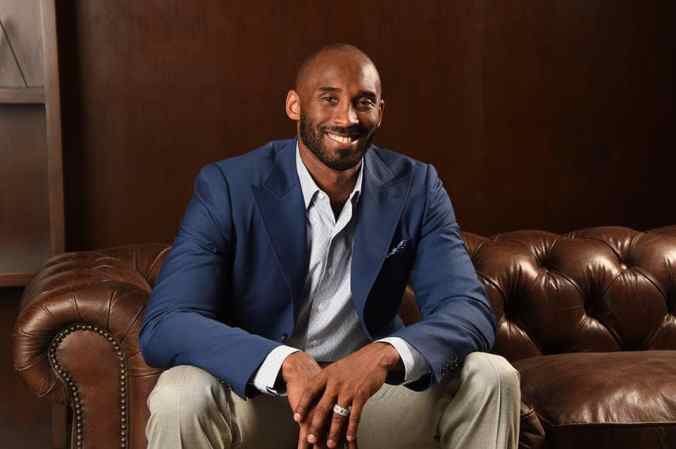 Sunday, January 26, 2020 has proven to be an extraordinarily difficult and surreal day for hoops and sports fans in general. I’d like to pause my movie reviewing for a second to remember basketball player Kobe Bean Bryant, who passed away a day after Lebron James, currently of the Los Angeles Lakers, passed him for 3rd place on the NBA all-time scoring list. As Saturday night turned to Sunday, we went from historic highs to tragic lows. To say this weekend has been an emotional rollercoaster would be an understatement.

TMZ first reported the news that the former Los Angeles Lakers superstar and five-time world champion died in Calabasas, CA Sunday morning in a helicopter crash that left no survivors. He was 41. The total number of victims and their identities are, as of this writing, still unknown. [UPDATE: one of the nine victims has been identified as Bryant’s 13-year-old daughter, Gianna.] The cause of the accident is currently under investigation. Reportedly the private chopper was en route to a basketball practice in the Thousand Oaks area.

The loss is felt far beyond the NBA courts and even the sporting world.

Kobe was a legend on the court and just getting started in what would have been just as meaningful a second act. To lose Gianna is even more heartbreaking to us as parents. Michelle and I send love and prayers to Vanessa and the entire Bryant family on an unthinkable day.

Today we @WaltDisneyCo mourn the tragic loss of @kobebryant…a giant in sports and a person so full of life. Terrible news and so hard to process….

We can never forget how precious life is. How those who are special to you and never let them forget how deeply you love them

There’s no words to express the pain Im going through with this tragedy of loosing my neice Gigi & my brother @kobebryant I love u and u will be missed. My condolences goes out to the Bryant family and the families of the other passengers on board. IM SICK RIGHT NOW pic.twitter.com/pigHywq3c1

Bryant leaves behind a legacy of brutal competitiveness and inimitable determination on the hardwood. One of the first players to go straight from high school to the pros, the prolific scorer racked up an astonishing number of accolades and achievements over a career that spanned 20 years, five NBA Championships (three consecutive) and two Olympic Games (where he won Gold with the Americans, 2008 and ’12).

Notable Mamba Moments include being named back-to-back NBA Finals MVP (2009, ’10) and making 11 All-NBA First Teams, nine NBA All-Defensive First Teams and 18 NBA All-Star Game appearances. He’s responsible for the second-most points ever scored in a single game, dropping 81 on the Toronto Raptors back in 2006 (sorry Jalen). In April 2016, during his final competitive game, a home stand against the Utah Jazz, Bryant peaced out by cashing in 60 in a hair-raising display of just what he is capable of. It was the kind of end to an odyssey that not even Hollywood screenwriters could have concocted.

The accolades didn’t stop when he unlaced his sneakers for the final time; in 2018 he won an Academy Award for Best Animated Film for Dear Basketball, a heartfelt tribute to the game he loved, lived, breathed and slept.

It’s a surreal day, even for someone like me whose relationship with Kobe was more described by admiration than passionate fandom. It’s sickening to think we’re in an era without the Black Mamba. That’s plain wrong. Not since the loss of flamboyant sideline reporter Craig Sager in 2016 have I felt a celebrity death so palpably, and it’s really kind of silly to even say I’ve been affected considering I’ve never had the chance to even be in the same zip code as these famous people. It’s just another stark reminder — not that I needed one four days removed from the four-year anniversary of my own mother’s passing — of the true fragility of life.