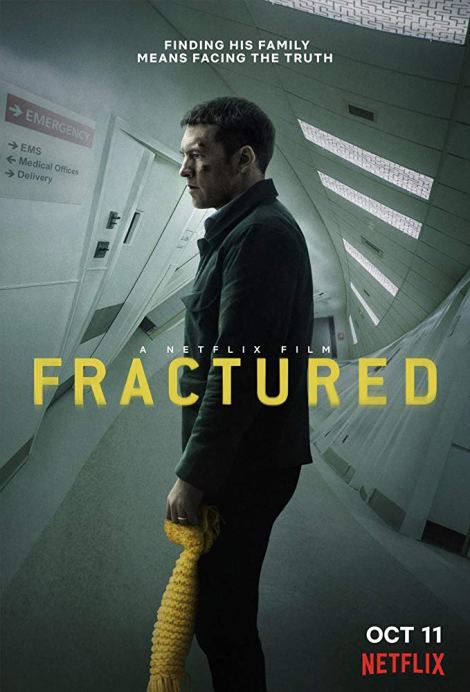 Written by: Alan B. McElroy

There’s something inherently off-putting about hospitals and treatment centers. Anyone who has spent some time in them (not to mention contend with their bureaucratic ways) can attest to just how much stress they can bring out in a person. They might even be worse than airports in that regard.

These places inspire angst, distrust and even outright fear, elements apropos of a psychological thriller. To that end, maybe it’s not surprising a great many of these “it’s all in your head” movies set up shop in mental institutions and psychiatric wards. Nine years ago Martin Scorsese’s Shutter Island brought us to the Alcatrazian equivalent of an asylum for the criminally insane. Just last year Steven Soderbergh provided a reality check as Claire Foy steadily unraveled in a mental care facility holding her against her will (check out my review of Unsane here). In One Flew Over the Cuckoo’s Nest Louise Fletcher’s Nurse Ratched, one of cinema’s all-time great villains, gave us one of the most legitimate reasons to fear the institution in a way that is, nearly 45 years later, still waiting to be challenged.

Brad Anderson’s psychological thriller Fractured can’t help but encourage a little déjà vu in terms of the way it messes with your head. It’s perception-skewing plot mechanics and unreliable protagonist aren’t things you haven’t seen in better/more expensive movies. Shutter Island is definitely invoked, but the plot this movie steals the most from is undoubtedly the 1938 Hitchcock classic The Lady Vanishes. However there are some nuances to this environment that help Fractured gain its own modest standing. For one, the super-sketchy way organ donations seem to be handled here at America’s most uncooperative hospital — a familiar place that increasingly feels like a madhouse based on the way everyone, including our everyman “hero,” seems to act. Plus it’s just cool to see the amiable English actor Sam Worthington in a lead role.

Fractured is born in an air of anxiety that makes you feel unnerved from the very beginning. The filmmakers manage to further intoxicate it with strange characters and mounting aggression. The Monroes are driving back home after a lousy Thanksgiving gathering. Stress levels are through the roof of their blue Ford Explorer. However many hours they’ve been on the road you can bet Ray (Worthington) and his wife Joanne (Lily Rabe) have been fighting for the duration. Ray, a former NASCAR driver and recovering alcoholic, is not the man his wife married — a shell of his former self. Their six-year-old daughter Peri (Lucy Capri) minds her own business in the backseat. Soon though she has to pee. And the batteries in her music player are dead. Ray pulls over at a suspect gas station in the middle of nowhere to kill two birds with one stone.

A pivotal event occurs there, an unfortunate accident bad enough for Peri to need immediate medical attention. Ray recalls passing a hospital not too far back and puts his experiences as a professional driver to good use. When they arrive at Kirkbride Hospital his good intentions are rebuffed by an unfriendly staff and an interminable sit in the waiting room. Ray is coming in a little hot with his need-to-know interrogations, yet something’s clearly off about this place. Unusual questions are being asked. Suspicious looking people are coming and going at the back door. A Dr. Berthram (played by prolific character actor Stephen Tobolowsky) insists on taking Peri to the Lower Level to be evaluated for head trauma even though it’s just a broken arm — you know, just to be safe. The family gets separated, as only one visitor is allowed at a time and Joanne goes with her.

When Ray awakens from a nap in the waiting room the drama goes to work in earnest. No one in the hospital has a recollection of Joanne or Peri, only that Ray checked himself in for a head injury. Shift rotations and front desk assistants unapologetically in dereliction of duty only compound the headache. As his behavior intensifies — there’s a really entertaining confrontation in that ominous elevator — Alan B. McElroy’s screenplay tosses into the mix local cops, overzealous security guards and psychologists, building a case against Ray that you, the surrogate couch detective, must either dismiss as a sophisticated conspiracy or embrace as the ugly truth.

Technically speaking this isn’t a flashy movie; the drab interiors and equally blue exteriors are exceptionally unexceptional. I’d argue that the elementary design to some degree works in the movie’s favor. The un-showy style keeps the focus on what matters most, and that’s the human element, the details regarding what’s really fracturing this man who would do anything for his family. Some creative editing allows the mystery to expand and deepen, even as the feeling of “Been here, done that” tugs at the back of your mind. This otherwise generic prescription for low-key horror is given its biggest shot of adrenaline thanks to Worthington’s performance, a convincing evocation of a man clearly dealing with more stress than he can bear. 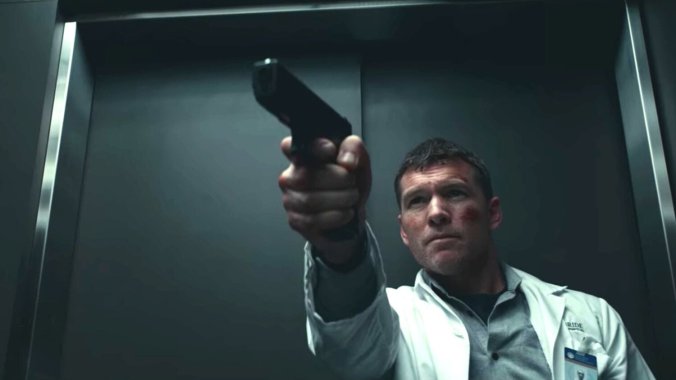 Recommendation: Fractured is a by-the-numbers thriller that gets by with a strong performance from Sam Worthington. Despite the number of weird developments that encourage us to draw our own conclusions throughout, ultimately it’s that final frame that will leave viewers talking. The sum totality of the experience isn’t what I would call a Netflix “original” (that feels like a misnomer) but there’s enough going on here to keep you involved from the comforts of your favorite recliner. Kick your feet up and bring your expectations down.