Welcome back to another edition of my latest Actor Profile, The Marvelous Brie Larson, a monthly series revolving around the silver screen performances of one of my favorite actresses. If you are a newcomer to this series, the idea behind this feature is to bring attention to a specific performer and their skill sets and to see how they contribute to a story.

As I mentioned in my opening comments on the first edition of The Marvelous Brie Larson (you can find that here) watching an actor you really like take on a character or be involved in a movie that, for whatever reason, doesn’t end up working for you can be an interesting experience in itself. I find myself in that very position with this fourth installment.

The movie I’ve decided to talk about this month, Unicorn Store (on Netflix), has the added bonus of being the directorial début of Brie Larson so, really, how could this feature go without it? We might debate the meaning of the movie’s underlying metaphor, or how well it’s served by the film’s super-flowery style but what’s undeniable is how much of a passion project this was for her. In an interview with IndieWire she describes Unicorn Store as “such a weird abstract portrait of myself. It feels like the most vulnerable I’ve been with this quirky, fun, lighthearted comedy.”

While Unicorn Store has always been a project associated with words like ‘quirky,’ ‘imaginative’ and ‘colorful,’ it hasn’t always been specifically a Larson-centric film. Circa 2012 Australian actress Rebel Wilson was cast as the lead and Miguel Arteta (Youth in Revolt; Cedar Rapids) was going to be the director. Larson had auditioned for a part but the production never got underway. An Oscar win for her dramatic turn in Lenny Abrahamson’s Room (2015) changed her fortunes. She was approached by the right people at the right time to not only play the lead but direct something that would turn out to be more of a personal journey of discovery. 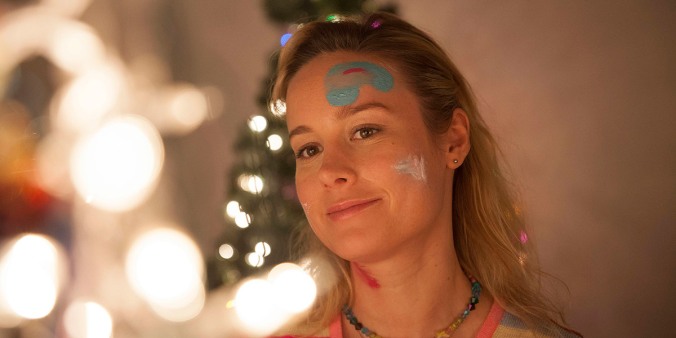 Premise: A woman named Kit receives a mysterious invitation that would fulfill her childhood dreams.

Character Background: Larson oscillates between gratingly infantile and winsome in the lead as Kit, an emotionally immature twenty-something who drops/fails out of art school and is forced to reassess her dreams of making it as an artist when she has to move back in with her parents. It’s a tricky balancing act that the seasoned actress for the most part pulls off, though there are moments when her acting feels a little forceful and stilted. Kit’s a millennial with a sense of entitlement, natch, but she’s also completely relatable in her fears of failure and disappointing the people she cares most about. I have to be completely honest and say this isn’t among my favorite performances of hers, but Larson always remains sincere in the role — one of the qualities about her acting that has always kept me coming back. She’s not quite as natural in this movie as she is in, say, Room or Short Term 12, but there’s a playfulness to this character that I really enjoyed.

Marvel at this Scene:

This scene is not only an encapsulation of the awkwardness of Larson’s character (and the movie as a whole, actually), but it merges together perceptions in a brilliant (if cringe-inducing) way: the reality vs the fantasy. What we picture happening in our heads so often doesn’t work out that way in practice. Larson plays this off to great comedic effect. I love this scene. It’s so incredibly awkward.

Rate the Performance (relative to her other work):