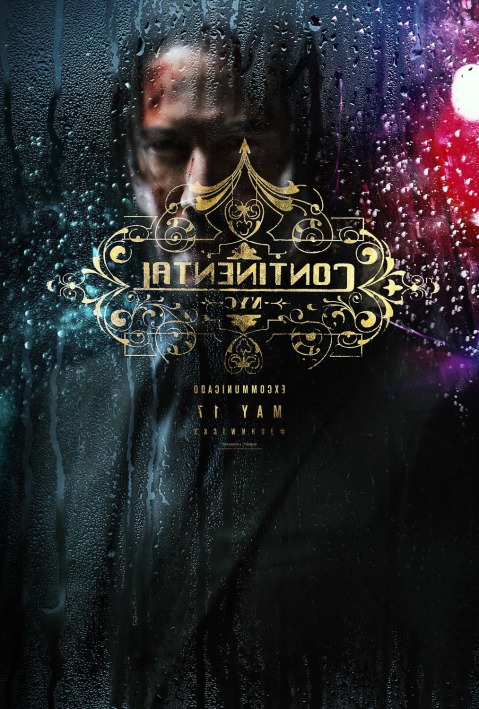 Actions have consequences, as we are quite explicitly shown (and told, too!) in the ultra-violent third installment of the brawn-over-brains John Wick franchise. Literally footsteps removed from the mayhem of 2017’s Chapter 2, John Wick: Chapter 3 — Parabellum beats the audience silly down a two-hour gauntlet of unrelenting, bloody comeuppance that sees an entire city of potential assassins descending upon the one they call Baba Yaga. It’s open season on John Wick, part-time killer, full-time puppy lover.

Rules. Order. Something called ‘fealty.’ These are boundaries and amusingly old-school — almost Feudal — principles John Wick (Keanu Reeves) ignored when he murdered a man on the consecrated grounds of the Continental Hotel (as seen in Chapter 2). Exceptions aren’t made for acts of self-defense; John acted against the established order set by the vaguely defined society known as the High Table, and now as a consequence he’s been excommunicated by hotel manager Winston (Ian McShane), leaving him without the friendly services of the Hotel and with a $14 million bounty on his head.

Director/former stunt coordinator Chad Stahelski returns with a palpable confidence, albeit he’s still sticking to the rules he himself established with 2014’s surprise hit John Wick. His latest expands the jurisdiction of the High Table to an international stage, so if you’re thinking this was just a New York problem, think again. Rest assured though, he triples down on the things you’ve come here for: exquisitely choreographed, close-quarter combat with all kinds of brutal weaponry and creative kills — you’ll never look at hardcover books the same way again — a ridiculous body count, Laurence Fishburne as The King of the Homeless People, and Keanu “Monosyllabic” Reeves dressed to the frikkin’ nines. Like previous outings it does this all while sparing you of the hassle and inconvenience of sitting through talky scenes.

John Wick has always been a one-note franchise, but I now come full circle to admit awkwardly that it’s not a dumb one. I have increasingly enjoyed each successive installment, increasingly embraced the in-joke that the guy can’t really be killed (it’s the most obvious signpost ever, there can’t be a bigger cash cow without John Wick). Now, getting shot point-blank, off a rooftop, smacking two staircases and a dumpster on your way to the ground 40 feet below and not dying is just plain silly, but John Wick on the whole is at least smart enough to recognize that the killing of a grieving man’s puppy is kind of the ultimate in earning audience sympathy in a timely manner. Clearly this is about more than just a dog now, but vengeance has been the driving force behind it all. This time the writing team raises the stakes notably by not only increasing the number tenfold, but also empowering Wick’s opposition with that same passion. In reinforcing its themes of consequence and retribution Chapter 3 installs some new key pieces like Asia Kate Dillon’s Adjudicator, sent by the High Table as a reckoning for all who have aided Wick along the way, and her own loyal minions in sushi chef-by-day, butcher-of-men-by-night Zero (a memorable Mark Decascos) and his knife-wielding buddies.

Indeed Wick is a man with an increasingly large cult “following” and a shrinking list of trusted sources, much less anything in the way of friends. He turns to his last few bargaining chips in other series newcomers like The Director (Anjelica Huston), who runs a school that John attended as a boy (really, it’s a front for something darker, natch), and Sofia (Halle Berry), a former ally and a ruthless killer in her own right who now runs the Moroccan branch of the Continental, along with her equally capable and fiercely loyal dogs. I swear, more crotches get mauled in this Casablanca-set scene than have been in the entire history of film up to this point. It’s a stunning, visceral and damn savage sequence that puts the hurt on everyone, even you in the cheap seats. (Ditto that to the movie as a whole, actually. Death by horse hoof, ouch.)

If the intense crowd interaction in the Thursday night screening I attended is any indication, Chapter 3 is poised to become the standard against which all future 2019 action reels are to be judged. The film dethroned Avengers: Endgame at the box office (after three weeks of domination). It’s being described as one of the greatest action franchises of all time. I wouldn’t go anywhere near that far; John Wick is presented in his most ruthless, most capable form yet — where is the threat, exactly? Given his immunity to death I suppose I should just settle like everyone else, being entertained up to my eyeballs with all the different ways the hapless attempt to be the one to take out the Boogeyman. Still, that leaves me with the question that if those efforts require this degree of violence, what happens next? Will we be treading water in the forthcoming Chapter 4 (slated for a 2021 release)? Probably not. It’ll be more like treading blood. Call it a consequence of modern audience expectation.

Someone’s overdue . . . for an ass-whooping.

Recommendation: So here we are with a third installment that is most interested in just how much John Wick can physically withstand. It’s essentially a videogame replete even with a “Boss Level” showdown, and it’s unequivocally the most violent episode yet. And yet we take it because the devastating dance between Wick and his hungry would-be killers is the gift that just keeps on giving — at least for fans who are as loyal to the character as his pups have been.

Quoted: “After this, we are less than even.”