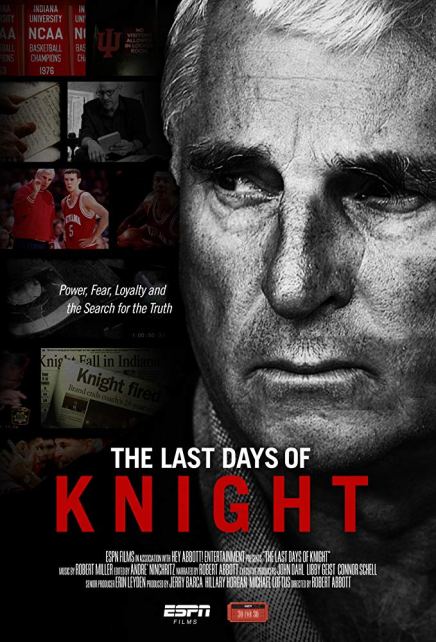 In the eyes of many Bob Knight is an obvious candidate for the Mt. Rushmore of collegiate hoops coaching greats. He has numbers on his side and generations of fans ensure he won’t be forgotten. But whereas words like legacy are most often used to glamorize and romanticize the past, when it comes to Coach Knight, who threw chairs and kicked lockers out of frustration, was caught on tape grabbing a player by the throat during practice and one time even used fecal matter to demonstrate how he felt about team effort, legacy takes on a different, perhaps darker connotation.

If we’re talking accolades this guy is doing the butterfly in a deep pool of ’em: In his 29 years with the Indiana Hoosiers he amassed 902 NCAA Division I wins which, as of 2008, when he retired (at this point he was head coach at Texas Tech), was the most all-time at that level. Today it is third-most all-time, recently eclipsed by his former assistant and current Duke coach Mike Krzyzewski and Syracuse’s Jim Boeheim.

Knight’s coaching résumé includes three NCAA Championship titles, 11 conference titles, one National Invitational Tournament Championship, four Coach of the Year honors and thus far the last true undefeated squad in 1975-’76. In 1984 he coached the Olympic team and led the Americans to victory in L.A., making him one of the elite few college coaches to have won an NIT title, an NCAA title and an Olympic Gold medal.

Statistics can speak volumes about a coach’s skill, knowledge and experience but what of their style? Their moral code? They certainly don’t tell the whole story when it comes to this highly controversial figure. The Last Days of Knight is a scintillating exposé directed and narrated by and prominently featuring former CNN producer Robert Abbott. What begins with a journalist inquiring into the curious transfer of three top IU players out of the program in the 90s opens up into a much larger and troubling story about institutional corruption, abuse of power and toxic fandom.

After his playing days were over Bob Knight established himself as a demanding coach with an old-school approach, equating hard work and discipline with success. His intimidating presence earned him the nickname ‘The General.’ His first stint was coaching the Army Black Knights at West Point at the ripe age of 24 and while successful, early cracks in his composure began to show, proving in moments of frustration to be a combative personality and a hot head. In 1971 he was hired as the head coach at Indiana, and though his first year ended in disappointment he’d soon have the Hoosier faithful in the palm of his hand, bringing multiple titles to a state that worships the game.

While Coach Knight and his temper take top billing, Abbott also plays a major role in the narrative, and for good reason. Not only is the film a culmination of 17 months of painstaking research and chasing down crucial interviews, the downfall of a coaching deity is directly linked to Abbott’s investigation. During the process he learned to appreciate how much of a bombshell his story was indeed becoming, and on camera he is up front about the moral dilemma he often found himself in. From a journalistic perspective you don’t get a story much better than this: Bob Knight, coaching God, has been doing terrible things to his players. He taunts them. Hurls insults at them. Plays mind games with them. At the same time he was acutely aware of the pain his investigation was causing, not to Coach but to the whistleblowers who, as a result of speaking out, endured public humiliation and faced lynch mobs and unrelenting death threats. The additional complication of Abbott himself coming under fire for pursuing what some high-powered, well-connected individuals called a witch hunt further amplifies the drama.

What makes Knight’s run at Indiana so extraordinary is the amount of leeway a little (okay, a lot of) winning afforded him. His tenure outlasted that of school administrators and athletic directors. It’s been said that at the height of his success Knight became a more influential figure than even the state governor, his ability to mold boys into men under his authoritative leadership earning him first the respect and then the undying loyalty of the Hoosier community. A pattern of abuse endured not just one bad season, it went on for decades, always justified by a well-above-.500 record and perennial postseason success — at least up until 1994, the last time a Bob Knight-led Indiana squad would reach the tournament. He would stay on as head coach until September 2000.

The Last Days of Knight is conspicuously devoid of any current interviews with the man himself. The fall from grace is old news now but a lack of immediacy doesn’t dilute the power of the voice or the images. Throughout we get several truly frightening sound bites of him in fine fear-mongering form. Other clips depict his behavior during press conferences, at times as bizarre as it was hostile. Meanwhile interviews with Neil Reed, the player whose neck Knight grabbed, serve as an indictment on an institution that prioritizes the bottom line over the well-being of its students. 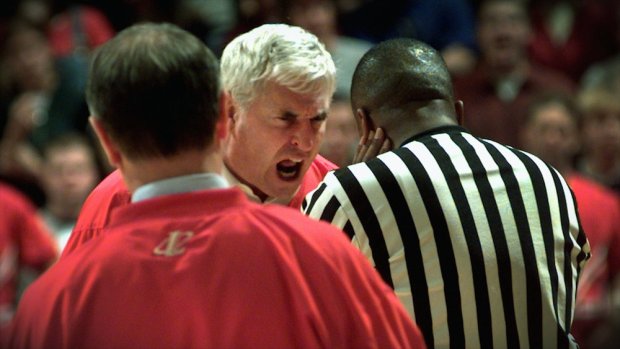 Recommendation: The downfall of Bob Knight remains one of the most popular stories in modern college hoops, so it surprised me it took ESPN this long to produce a film on it. But better late than never, because while the film doesn’t really offer new insight into a story that’s been rehashed in the media for years on end, the personal perspective offered by Robert Abbott adds another layer of intrigue. In an era where the integrity of journalism is being intensely scrutinized, this documentary does feel more timely.