To encourage a bit more variety in my blogging posts and to help distance this site from the one of old, I’m installing this monthly post where I summarize the previous month’s activity in a wraparound that will hopefully give people the chance to go back and find stuff they might have missed, as well as keep them apprised of any changes or news that happened that month. 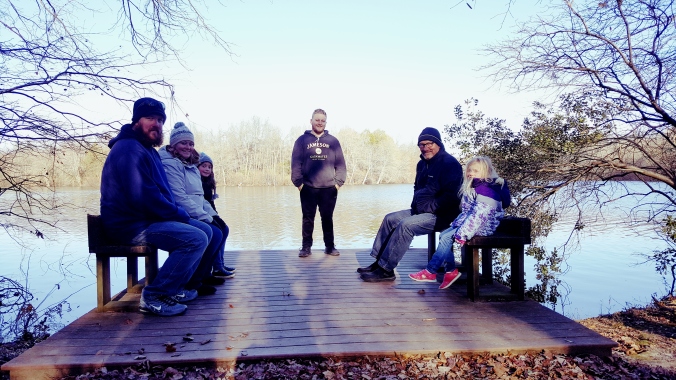 the cast of Thanksgiving Day 2018

With Thanksgiving behind us, let us also hope the cinematic turkeys are too. As we head down the final stretch of 2018, I plan to resume a steadier pace — no promises, but that is the goal. That shouldn’t be too much to ask given the slate of films that sprawls out in front of us. Here’s a brief rundown of what I am most feverishly anticipating, loosely organized based upon what it is that draws me to them.

The Beach Bum (Matthew McConaughey as “Moondog” — watch out 2019, ‘Moondog McConaughey’ is totally gonna be a thing); Vice (Christian Bale as former Vice President Dick Cheney, Sam Rockwell as Dubya, and Steve Carell as Secretary of Defense Donald Rumsfeld — that is just ridiculous casting, all of it!); Serenity (Matthew McConaugh — hey, I see a pattern emerging, plus Anne Hathaway, Jason Clarke, Djimon Hounsou and Diane Lane)

Welcome to Marwen (from the director of Forrest Gump, starring Steve Carell) — Mark Hogancamp, a victim of an attack so brutal he loses most of his memories of his life before, constructs a miniature World War II village, called Marwen, in his yard to help in his recovery; Vox Lux (read Cinema Axis’ early review here) — An unusual set of circumstances brings unexpected success to a pop star; Mary Queen of Scots — pits the mighty Saoirse Ronan against the equally powerful Margot Robbie, as Mary Stuart (Ronan)’s attempt to overthrow her cousin Elizabeth I (Robbie), Queen of England, finds her condemned to years of imprisonment before facing execution.

That’s 10 titles, a list to which I could add twice as many but I’ll stop there. Suffice it to say, I think the next coming weeks are going to be very exciting. With that established, here is what has been going on on Thomas J this past month.

New Releases: Can You Ever Forgive Me?; Widows; The Girl in the Spider’s Web

Maybe old news now, but whatever happened to the remade Suspiria? There was serious buzz about it in the months leading up to it, and then that just . . . fizzled out. The film never entered my area. The few reviews I did read were rather negative. Here’s CC Pop Culture’s take on this (apparently unwanted) retread.

Jordan of the one and only Epileptic Moondancer has an interesting review of a new Robert Redford flick that I truly wanted to see, but missed out on. Check out this hot take on The Old Man and the Gun. Shots fired! 😉

In my lamenting-of-bad-weather post (Avery), I said I was going to throw up a review of Nic Cage in the insane revenge thriller Mandy. Well, that hasn’t happened yet. To tide you over, here’s what The Ghost of 82 had to say about it. (This is a thoughtful review that only makes me more annoyed I haven’t gotten around to it yet.)

What films are you most looking forward to in the coming weeks/months?