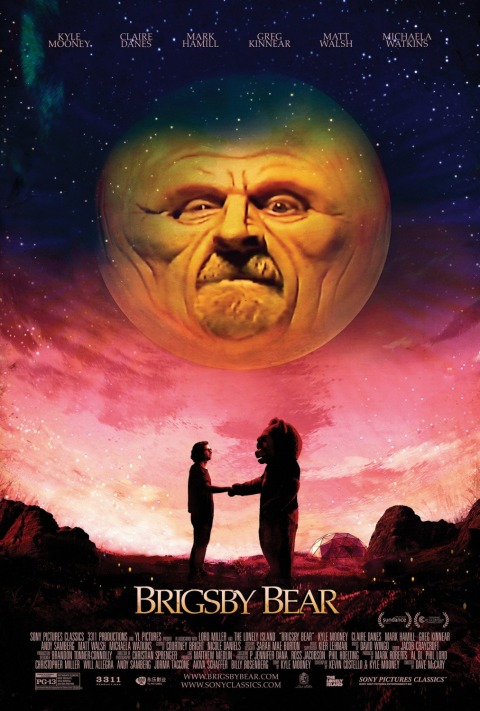 THIS REVIEW INCLUDES DETAILS THAT COULD BE CONSIDERED SPOILERS

Like last year’s gloriously weird Swiss Army Man, Brigsby Bear is a film guided by its own compass. Granted, not a penis, but rather the element of human empathy and compassion. It’s one of the year’s bona fide feel-good films, one that consistently offers surprises and subverts expectation at almost every turn. Given the times in which we are living, it’s an experience you really shouldn’t miss.

There are a few fleeting moments early in the film during which you feel the heat of a potentially mean-spirited drama beginning to rise. But that discomfort is soon assuaged by the stunning direction taken by Dave McCary, best described as the result of a choice between ostracizing his oddball protagonist and making him the hero of his own story. To that end, Brigsby Bear is a celebration of weirdness and individualism handled with maturity and grace — so much so, it begs the question why more movies can’t set this kind of example.

Brigsby Bear is an educational television show geared towards children, a Barney and Friends featuring a man dressed as a bear instead of a purple dinosaur. It’s a program to which James (Kyle Mooney) is completely dedicated. As a full-grown man he’s the show’s biggest fan. He’s . . . kinda the only one. Living in an underground bunker with his parents Tim (Mark Hamill) and April Mitchum (Jane Adams), the show is the only impression the apparent man-child has of the outside world. When the curtain finally falls on Brigsby, a confused James is challenged to find a way to keep it alive, as well as his sense of identity.

Brainwashing and child abduction aren’t subjects that strike you as comedic material, yet McCary embraces the opportunity to turn a negative into a major positive. Besides, the goal isn’t to seduce audiences into uncontrollable giggling fits. Think Napoleon Dynamite stuck in Lenny Abrahamson’s Room. James’ transition into the real world could have been difficult to endure. I suppose it is at the very least disturbing. Notes of melancholy occasionally bubble to the surface, particularly in scenes featuring his biological parents (played by Matt Walsh in what feels like a long time coming for one of my favorite character actors, with great support from Michaela Watkins).

But why waste time manufacturing more hatred when you can provide audiences this kind of uplift? The comedy is never left untainted by some degree of sadness, but it’s the choice to look beyond the pain that defines McCay’s directorial debut. What’s more surprising than the quality of the material — an original collaboration between Mooney and Kevin Costello, inspired by the former’s fascination with ’80s children’s programming (and VHS tapes) — are the names who have helped nurture its transition from page to screen. Brigsby Bear has the backing of a number of SNL alums, including its director and lead actor (who, by the way, is nothing short of revelatory), as well as the members of American comedy trio The Lonely Island — with Andy Samberg taking a small part as a patient at a psychiatric ward, a cameo that is going to elevate his street cred as an actor not inconsiderably.

I can’t pinpoint exactly when it occurred, but I knew that when it happened I was watching something special. Maybe it was that party scene, a sequence that turns almost every single stereotype associated with hard-partying millennials on their heads and boots them to the curb. What happens to James is never quite what you expect. Yet, morally, it’s not something you should be surprised by. With the events of the last few weeks alone, Brigsby Bear reminds us that the smallest acts of kindness, of supportiveness and cooperation should not go unappreciated or unnoticed. In that way, this feels more than just another Sundance darling familiarly outfitted with a funny name and quirky characters. 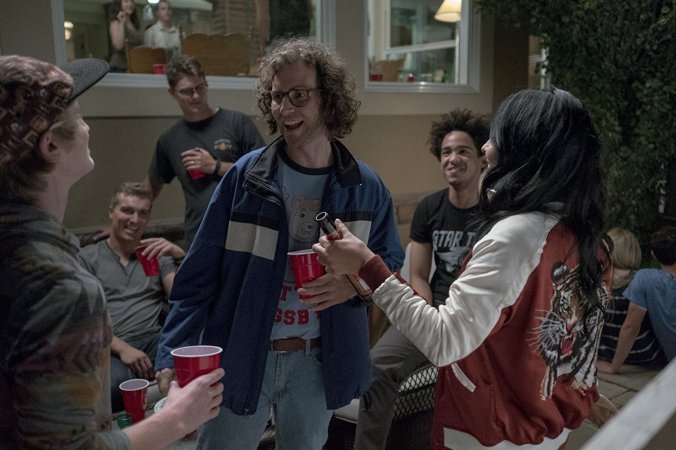 Recommendation: Richly emotionally satisfying, morally upstanding and winningly geeky (with hints of hipsterdom and a touch of creep to really spice things up). There are only moments where the film tips over into sentimentality but the trump card is the film’s earnestness. This is a tribute to the creative process insofar as it is an exploration of the people who help make their dreams realities. If you only see one movie a year, choose this one.