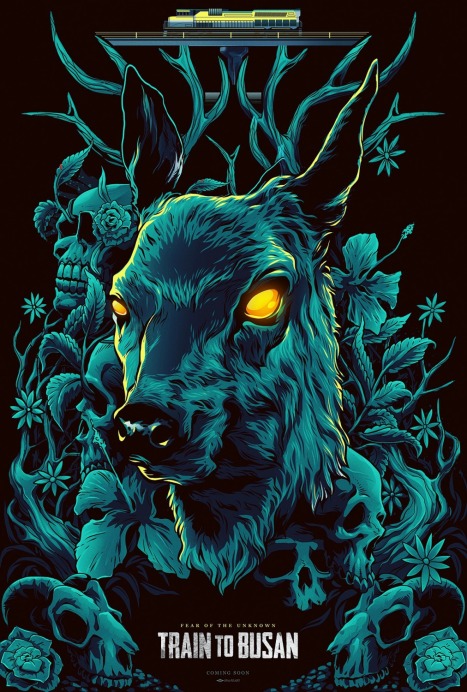 Train to Busan is a breathless and brutal South Korean zombie flick that broke a number of records last year, becoming the first Korean feature to breach the $1 million mark at the Singaporean box office. Over the past several months it has taken the world by storm, becoming one of the most commercially and critically successful zombie apocalypses ever.

Yeon Sang-ho’s first live-action feature does for zombies what James Wan’s The Conjuring did for haunted houses. It’s a superlative genre film of uncommon intelligence, exuding all the elements that characterize such films as uniquely entertaining and disturbing, while never really making an attempt to “be different.” Simply put, movies like Train to Busan and The Conjuring prove that tropes are tropes for a reason; they can be powerfully affecting if nurtured properly. It also helps the cause when your actors are this good at selling them.

Train to Busan improves its stock by investing more in human relationships as opposed to obsessing over how many zombies it can overload the frame with. Seok-woo (Gong Yoo) is a divorced hedge fund manager who doesn’t have the time to pay attention to his young daughter, Soo-an (a marvelous Kim Soo-an), evidenced by the fact he has bought her for her upcoming birthday yet another gaming console, identical to the one currently sitting on her TV stand in her bedroom — the one he got her as a recent Children’s Day gift. All she wants is to go stay with her mother in Busan, and she’s determined to go alone so that she doesn’t hassle daddy. But when Soo-an shows him a video of her recent singing recital, which she was unable to finish due to his absence, Seok becomes racked with guilt and decides he will in fact accompany her on the nearly 300-mile train ride.

The next day they board the KTX in Seoul, along with a number of passengers we will become familiar with over the course of this harrowing journey. There’s the surly, working-class Sang-hwa (Dong-seok Ma) and his pregnant wife Seong-kyeong (Yu-mi Jung), a pair of elderly sisters In-gil (Ye Soo-jung) and Jong-gil (Park Myung-sin), a homeless man (Gwi-hwa Choi) whose strange behavior and thoroughly unkempt appearance nearly gets him thrown off, a group of high school baseball players and, last but absolutely not least, the COO of a major corporation, Yon-suk (Kim Eui-sung). While these supporting parts don’t necessarily go beyond archetypes, they’re ably performed and, more crucially, give the story depth.

Joining these travelers as well is a visibly distressed young woman who just manages to board the KTX before it departs the station. Her leg is severely bleeding and something about her just seems off. Writer-director Sang-ho, waiting patiently for just the right time to release his finger from the pin of the grenade, brilliantly sets us on a collision course with chaos as the deadly consequences of an apparent biohazard disaster inadvertently make their way aboard one of the world’s fastest trains. (Achieving speeds upwards of 200 miles an hour, the KTX redefines the excitement of traveling. As does the action forthcoming.)

Train to Busan hurtles along at a breakneck pace with hard-hitting action that can be difficult to watch. I’ve always responded more strongly to those zombie flicks that actually make you dread The Turn — or films like Maggie that focus almost entirely on that transition and use it as an allegory for real people succumbing to real diseases in the real world. Sang-ho’s careful consideration of what it means to become one of the undead invokes the seminal 28 Days Later, if not in terms of atmosphere then in the way hope is slowly stripped away from the living like flesh from the bone.

Sang-ho’s decision to (mostly) isolate the drama within the confines of a moving train exacerbates the terror of being in proximity to the zombie. Mass hysteria combines with claustrophobic tension to form the ideal conditions for the uninfected to begin losing their humanity in other ways. Meanwhile cameras are often found sitting at eye-level with the young and impressionable Soo-an as she bears witness to the atrocities committed. This perspective, of a child trying to understand why people treat each other the way they do, brilliantly reflects Sang-ho’s own despair.

Word is that Train to Busan finds the Korean director tempering his anger a little bit (his previous animated efforts apparently offer the kind of acrimony and villainy that make the vile COO and his wildly selfish acts throughout this film seem innocent by comparison). But the injustices he has experienced, if not directly then through simple observation, manifest themselves in some brutal ways in a film that, historically, has no compulsion to offer anything more profound than icky special and/or practical effects and inventive kills. Train to Busan can sometimes overwhelm with the sense of hopelessness it provides. It’s dark and dangerous and deadly, and it’s just so damn good. Especially for a zombie movie.

Recommendation: Powerful and surprisingly hard-hitting, Train to Busan announces itself as a modern classic. It’s a film with something for everyone — the zombie purists and those who just want to have their nerves rattled for a solid two hours. Be sure you check this out on Netflix, unless of course movies about the undead are completely dead to you.

15 thoughts on “Train to Busan”