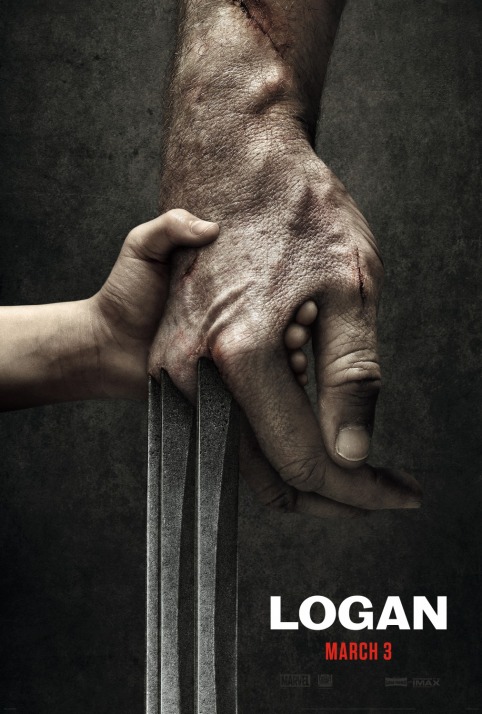 Logan is a robust superhero film and probably the most violent one we have encountered since Deadpool. (Lest we forget that that movie was more than a comedy.) But even in the context of superhero films that have been slapped with the dreaded R-rating, this, The Passion of the Wolverine as it were, doesn’t really feel like a “game-changer.” It just feels like a very angry Marvel spin-off.

Logan is undoubtedly the most masculine movie yet in a universe that’s decidedly male-dominant. The testosterone pumping in its veins is unleashed in lethal doses. Sir Patrick Stewart drops (a surprising number of justified) f-bombs, while Hugh Jackman does his best William Poole impression, butchering his foes with psychotic fervor combined with the anger of ten thousand suns. The film follows a familiar cat-and-mouse blueprint wherein the aging man of adamantium must avoid letting a newly discovered, young mutant fall into the clutches of yet another Very Bad Man, this time, Boyd Holbrook‘s genetically enhanced Donald Pierce.

Fortunately, gore and bloodletting isn’t the only thing the movie excels at. It’s not merely escalating violence that signals the end is nigh. James Mangold successfully elevates the stakes with the way he situates his characters in the narrative. The odious stench of oppression recurs and is reinforced through brilliant location scouting that takes us from one pocket of solitude to another, from the gritty southern US border to the thick pine forest of North Dakota. It’s all the more impressive how real the threat feels given how familiar such tension has become.

Jackman’s ninth and final appearance finds him hobbling and coughing and spluttering around in 2029, a time where mutants are near extinct. A virus produced by the Transigen Corporation, for whom Mr. Pierce works as an enforcer, has played a large part in the crumbling of Logan’s world (and to a less narratively important but arguably just as emotionally significant degree, that of Charles Xavier).

Gabriela (Elizabeth Rodriguez), a nurse from that very corporation, intercepts Logan in Texas and urges him to get a young girl named Laura (Dafne Keen in her first film credit) to safety. The destination is a place called Eden, where supposedly other young victims of Transigen’s terrible experiments are being taken. Logan is loath to cooperate when he discovers that everything he is being told can be found in the X-Men comics. It ought to be noted that in a film so dour, his cynicism is relatively hilarious.

Logan finds a little more levity in the semi-antagonistic relationship that has crusted over between Logan and Charles. Both are now textbook geezers, though Logan is far more gruff and more prone to fits of rage. Charles is suffering from seizures that wreak havoc on those unfortunate enough to be in the vicinity of his powerful mind. Arguably the biggest (and most welcomed) surprise is that the film manages to still find new depths to explore with these well-established characters. Though the hope and promise that once defined the apprenticeship is long gone, the sense of familial responsibility has never been stronger.

That’s a theme supported by Wolverine’s recognition of a new mutant who seems to be more like him than he would care to acknowledge. Laura, who bears the same aberration in her hands, regards Logan as a father figure of sorts, in part by design and in part due to a natural gravitation towards someone who shares in her own uncontrollable rage. The young actor is memorable in a role that’s all too light on dialogue, a role that requires a diminutive physicality to suggest echoes of a young James Howlett.

Perhaps it is this dynamic that makes Logan “feel different;” we haven’t yet considered the Wolverine as a potential father figure. Between that and the downright shocking violence (particularly the conclusion), something that I’m either not seeing or giving enough credit to has struck a chord with audiences and critics alike. I’m not quite satisfied that Logan‘s superior craftsmanship qualifies as wholesale innovation.

The struggle to stay one step ahead and to avoid becoming exposed (again) is the sum total of what Logan‘s plot has to offer. This is yet another glorified man-hunt. This is Midnight Special more than it is The Dark Knight. But sophisticated writing matters less when the film’s true appeal lies in the emotive, in the opportunity Logan provides both diehards and casual fans alike to say their goodbyes. After all, this is a character Jackman has spent the last 17 years molding into something he can proudly call his own. He will be surely missed. Why does that sound like an epitaph? 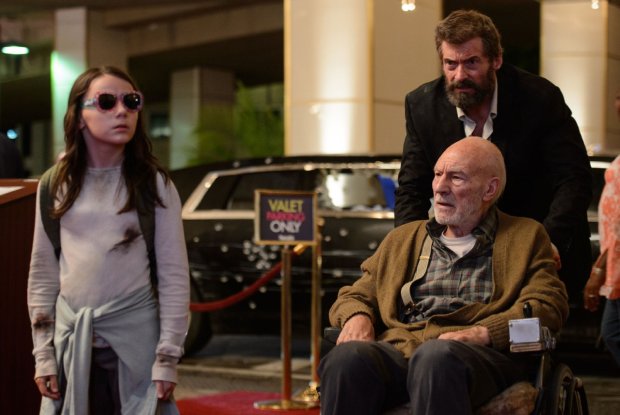 Recommendation: It’s a bittersweet send-off for an iconic character, but a game-changer this most definitely ain’t. You’re going to want to call a babysitter for this one. Because another thing Logan ain’t is kid-friendly.

Quoted: “Nature made me a freak. Man made me a weapon. And God made it last too long.”