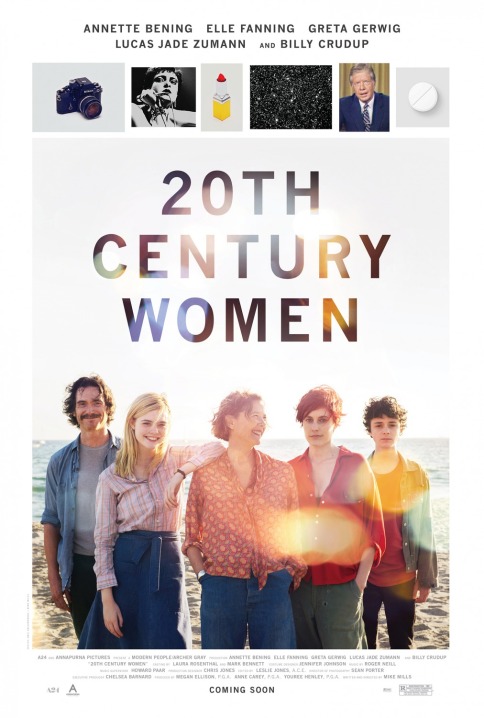 Fun seems like a clumsy word to describe a film trading in themes such as female empowerment and disaffected youth. But let’s call it what it is; 20th Century Women IS fun. Enlightening, entertaining, satisfying, significant — all the above. It celebrates maturity and individuality with a blitheness that is completely disarming. Therapeutic, even.

Dorothea is divorced when she gives birth to Jamie at the age of 40. Coming-of-age story is mostly preoccupied with the evolution of this non-traditional mother-son dynamic, in which a substantial age gap presents many a unique challenge as Jamie starts coming into his own. But the film also uses its two other free-spirited principals in Greta Gerwig‘s photographer Abbie and Elle Fanning‘s girl-next-door Julie to stake out greater thematic territory, including gender politics, burgeoning sexuality and personal responsibility — although invariably each subplot circles back to the family dynamic and the challenges of parenthood.

Abbie finds Gerwig in her element, a character with all the hipster affectations and quirks we have come to expect of an actor who’s very much a hipster at heart. Abbie’s journey through the story mines some of the greatest emotional depths, what with her having survived cervical cancer but being told by doctors she can’t have children. Contrast her against Julie, for whom possibilities are almost too endless. She’s a leaf on the breeze, drifting between her own home and Jamie’s bedroom where she frequently spends the night to get away from her psychologist mother who is convinced her daughter’s behavior is diagnosable. Meanwhile Jamie finds himself firmly locked into the Friend Zone.

Billy Crudup also stars as Dorothea’s handyman, playing a role that similarly subverts expectations as a potential father-figure for Jamie. But his influence is frequently subdued by Dorothea who argues Jamie doesn’t need a male role model. That’s why she tapped the girls for their help. (Speaking of Crudup — how Almost Famous is his ’70s ‘stache in this movie?) Her would-be suitor isn’t on an island though; William is also in constant search of that thing that will give his life meaning.

Mills outfits a compelling story with an authentic, nostalgic retro flare. Black-and-white Polaroids occasionally punctuate the frame, convincingly meshing Bening’s ambassador for independent women with examples of actual people living the real thing; the use of soft color and lighting creates a visual collage of a bygone era rich in period detail. The soundtrack is an experimental mix of the California sound and punk-rock bands fighting back against the establishment. The harmony that is created out of all these elements is what is going to earn Mills a rightful spot amongst the Cameron Crowes and Richard Linklaters of the industry.

Scrapbook-like flourishes also downplay the weight of the material without ever distracting from or trivializing it. 20th Century Women is more often than not an upbeat adventure but don’t let all the conviviality trick you into thinking the movie takes its material lightly. This is a movie that wants to erase the word taboo from the dictionary. Bening fearlessly steers us through the rough waters of belated parenthood and single motherhood. Performances are uniformly outstanding, but she’s the rock, the rock her son so desperately needs, especially in these confusing times. 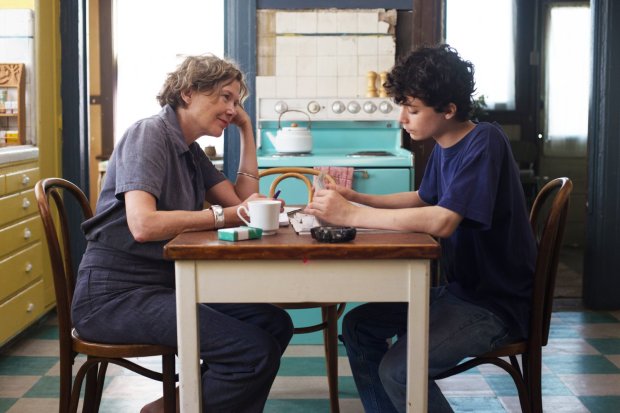 Recommendation: Refreshingly forward-thinking movie eschews traditional gender roles and provides an incredible showcase for Annette Bening’s considerable talents. I want to say all these fancy things about this movie, but what I need to emphasize is just how thoroughly enjoyable it all is. I really loved this movie.

Quoted: “Wondering if you’re happy is a great shortcut to being depressed.”