Janis: Little Girl Blue isn’t the whole puzzle but it offers up a lot of significant pieces in its exploration of the life of iconic blues rocker Janis Joplin. The account offers a celebration of a life cut tragically short, packing in as much fascinating archived footage and interviews with famous faces as a 100-minute treatment can afford. Driven by a narrative that entwines tour/concert/backstage footage with letters she wrote to her family about her experiences, the film earns an emotional heft that also makes an otherwise broad documentary feel more intimate.

It’s a travesty that Joplin’s story feels so familiar. Her succumbing to a powerful drug addiction becomes downright surreal when you consider the company she keeps. Jimi Hendrix. Jim Morrison. Alan Wilson — all gone at 27. And that was just the ’70s. You would think a sense of inevitability would actually ruin the experience, and at times the knowledge of the tragedy and that this has happened so many times before (and since) does indeed loom larger than what’s taking place in front of you. Perhaps it is better, then, to think of the overdose in the motel room not so much as a destination but as just another terrible thing that happened to her. (Lest we forget her being voted ‘Ugliest Man’ in a local college paper before Janis Joplin became Janis Joplin.) Of course, it would be callous to write off her death as a footnote. The point is that this life, as writer-director Amy J. Berg thankfully recognizes, represents much more than a statistic.

Because it doesn’t focus on her passing or use the documentary format as yet another platform for stigmatizing drug abuse (though it certainly doesn’t support it), Little Girl Blue is more often than not upbeat. The singer is larger than life both in personality and reputation, her presence exuberant and ubiquitous. People surround her, if not fellow musicians and bandmates then strangers hoping some of her rubs off on them. Whenever there’s a chance for her to mug for the camera, she does. In frame she’s alluring, a rebellious spark of energy that betrays her small-town-Texas upbringing. Out of frame of course, she’s an entirely different story. When reflected upon, she’s a character in a Shakespearian tragedy.

We start by walking through her high school days where she became a target of vicious bullying not only for her physical appearance — Joplin never was the poster child for femininity but the antithetical nature of her image is partly why the world fell in love with her in the first place — but for her advocacy for racial integration in schools as well. Interviews with younger siblings provide some color to her home life and what motivated the future industrial icon to break free of her Port Arthur roots.

From there it’s a jump into Joplin’s first experiences in San Francisco. We head to North Beach and then to the intersection of Haight and Ashbury Streets, a hippie hot spot, where she’d hook up with many likeminded individuals who took notice of her natural inclination to hang out with the guys rather than the pretty Californian women. Her first stint on the west coast wasn’t great. She became heavily involved with drugs and ended up on a bus back to Texas where she’d vow to overhaul her life and adopt a lifestyle more befitting of her parents’ expectations. As history would have it, that wasn’t meant to be either.

More anticipated chapters unfold soon hereafter. We chat with members of Big Brother and the Holding Company, a psychedelic rock group on the rise (at least as far as the local counterculture of the mid-60s was concerned) and to whom Joplin fully committed herself having gained recognition for the power in her voice and the pain with which she expressed herself having endured a tortured and confusing adolescence. The story then tackles head-on the turbulence of the following years with grace and dignity: the post-BBHC fall-out, the press surrounding her decision to form a new back-up band (who remembers the Kozmic Blues Band?), flirtations with Dick Cavett, the Woodstock gig and fleeting female lovers. The ebb and flow of an infatuation with drugs and alcohol becomes more flow than ebb as romantic prospects similarly come and go.

Away from her personal troubles, mounting pressure within the industry generated by speculation over what Joplin should do with her career continued to drive the nail deeper. What is a girl to do when she becomes bigger than the band she is a part of? One might naturally assume cultural evolution would eventually create an atmosphere of acceptance and comfort. Someone with talent of this magnitude should never have to feel alone but time and again we are reminded of Joplin’s sense of isolation and helplessness as she, as some interviewees put it, grew into a caricature of herself. How much imitation is considered flattery? Was she trying too hard to be the next Aretha Franklin? Should she have stayed with BBHC?

If Joplin were any less interesting an individual Little Girl Blue would suffer from its cookie-cutter design. Along with her spunky personality it’s the little things that help set it apart. Contemporary American singer-songwriter Cat Power gives voice to Joplin’s telegrams. A view from the back of a train as it winds through California hills becomes a motif. And of course the interviews are (mostly) unique to this production. In truth, it just wouldn’t be a bonafide rock-and-roll documentary without a few well-worn edges. Almost obligatorily we have to explore beyond what’s captured on camera. Misery as a motivator. The irony and general strangeness of fame and popularity. Like with a great many acts, Joplin had a serious problem with the post-show comedown. Walking onstage is a totally different experience than walking off of it.

Berg’s efforts shouldn’t be taken as the definitive account of such a pioneering woman, but she has created mandatory viewing for anyone looking for a way to get to know the person behind the music a little bit better. The regular rhythms of a documentary based on the life of a famous person are always present but here they are as powerful as the subject is empowering. 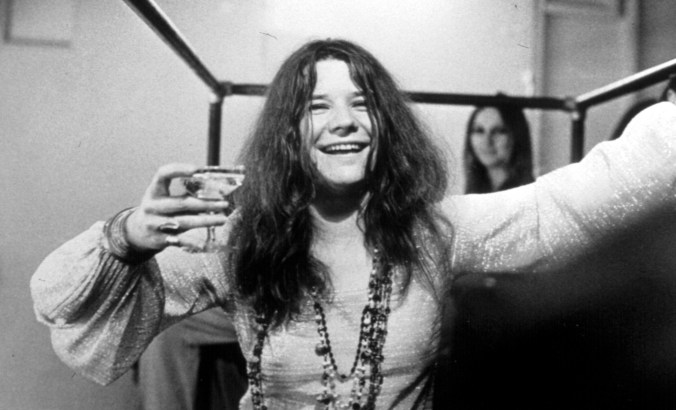 Recommendation: Documentary takes viewers on a tour of the many ups and downs of the life and career of one Janis Joplin. While doubtful there’s anything here that long standing fans of the blues/folk rock singer haven’t already been exposed to but the film will be a good crash course for anyone who doesn’t have much history of her. Highlights: loads of archived footage including concert performances and awkward talk-show appearances; great interviews. Lowlights: very little about the overarching narrative comes as a shock. It’s important to keep in mind, however, that this is a retrospective, not a fluff piece. Nor is it a hagiography.