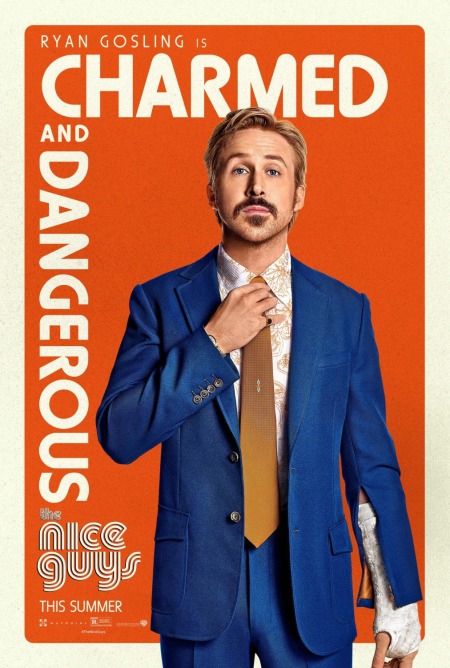 Well, they’re not quite Robert Downey Jr. and Val Kilmer in Kiss Kiss Bang Bang but The Nice Guys squeak in at a close second, offering up liberal doses of hilarity and action that’s more fun than perhaps it ought to be. Which just leaves Iron Man 3, screenwriter Shane Black’s only other directorial credit, coming in at a relatively distant third.

To Black’s debut crime comedy The Nice Guys owes a great deal, not least of which being the awkward disposal of a corpse, a neon-lit film noir tilt, and the constant banter and infectious chemistry between its starring duo — in this case, Ryan Gosling and hey, what’s this, Russell Crowe? That’s right. Crowe does indeed have a funny bone in his body, and it’s a big one.

It’s a classic case of the odd couple and, despite the familiar blueprint, what follows proves to be among the crème de la crème of the buddy-cop genre. Holland, a single father whose precocious teen daughter Holly (Angourie Rice) consistently calls him out on his bullshit, has the slick suit and a nice house — one he claims they’re just renting while he rebuilds the old one that burned down — and a solid(-ish) reputation around town to lose if this investigation goes south. Jack Healy, on the other hand, is considerably less mannered (and less licensed), towing a fine line between bad guy and misunderstood loner. In short, they make for two equally compelling characters, both destined for a redemption of sorts, that make the occasionally tedious two-hour runtime all worthwhile.

The Nice Guys is moulded by classic buddy cop comedies of old — the likes of detectives Riggs and Murtaugh aren’t very deeply buried inside this nostalgic throwback to the ’70s.  But it also functions effectively as a period piece. The milieu is undeniably retro, though seeing is only part of the believing here. Catch yourself grooving to a pop/funk-infused soundtrack featuring the likes of The Bee Gees, The Temptations and a wonderfully timed Earth, Wind & Fire classic while the sporadic placement of movie titles that would go on to define the decade entrench us further in times that will never be again.

It’s only around the hour-and-forty-minute mark we experience a lull in between major action/comedic set pieces, the best of them all arguably lying in wait at the very end. But even during the slower moments the young Rice provides a welcomed respite from all the foolish antics that pervade. Here’s a character well worth embracing if not for her intelligence then for her morality: “If you kill that man, Jack, I will never speak to you again.” She’s talking, of course, about the primary antagonist of the film, Matt Bomer’s suitably psycho John Boy, a man who has a vested interest in retrieving the film reel her father and Healy are after (but not for the reasons you’re probably thinking). Rice’s character is something of a role model for young girls, offering up a performance that is all too rare in these kinds of movies. She is absolutely fantastic.

The farce occasionally borders on cartoonish, but then again Black always seems to teeter on the edge of self-parody. Playing it fast and loose works so well for him, and it certainly works well for the two leads. Using this as a barometer, the summer slate has a lot to live up to in terms of delivering pure escapist entertainment. 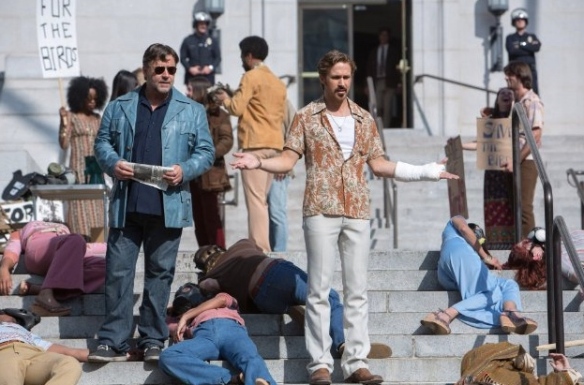 Recommendation: Gleefully farcical and profane in equal measure, The Nice Guys will best serve fans of Shane Black’s brand of comedy. It recalls the spirit of Kiss Kiss Bang Bang while managing to separate itself just enough.

26 thoughts on “The Nice Guys”