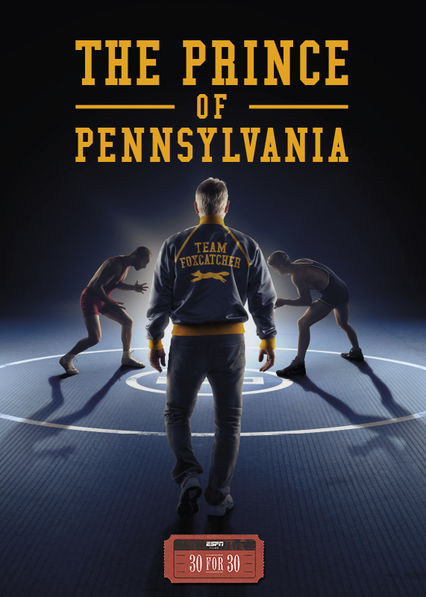 The Prince of Pennsylvania, a collection of testimonials about the life and times of Pennsylvania-based professional wrestlers who were wooed by eccentric millionaire John du Pont with promises of pristine training facilities and room-and-board to go along with the unique prospect of honing their skills without distraction, will go down as one of the most chilling additions to the ESPN family of films.

This is a film inspired by the perspective of a Philadelphia native who had only heard about the fatal shooting of Olympic gold medalist Dave Schultz, older brother of (also gold medalist) Mark Schultz, by word of mouth and through news articles. It was almost like an urban myth, how the benevolence of a local millionaire had completely — and rather quickly — deteriorated into paranoiac and violent behavior; how a self-proclaimed ornithologist/philatelist/philanthropist became a cold-blooded murderer.

Director Jesse Vile, whose debut feature Jason Becker: Not Dead Yet was very well-received in 2012, knows his proximity to the event isn’t the driving force. Underpinning the emotional heft is the interview with Mark Schultz, a man with remarkable stoicism considering the kinds of things he has to talk about here. Naturally, his words are the most valuable to us as he’s unquestionably the source most directly affected, but other former teammates and even du Pont’s ex-wife help give the story its shape.

A pattern begins to emerge. Accounts recall a major change in du Pont’s behavior in the early-to-mid ’90s, almost a decade removed from Team Foxcatcher’s success at the 1984 Olympic Games in which the Schultz brothers both won their gold. Not that the guy was exactly ever ‘normal.’

Du Pont, the youngest of the four children of William du Pont Jr. and Jean Liseter Austin, wasn’t so much a born competitor as he was bred into one. Like the thoroughbreds trotting around the sprawling hills of Liseter Hall Farms, he knew no other life than trying to be better than someone else. Over time, his determination to be the best at something developed a state of mind that remained simultaneously unstable and vulnerable, susceptible to misinterpretation.

Case in point: when he approved Dave Schultz, the amiable, beyond talented brother to come to his exquisite training grounds and mentor Mark, du Pont struggled to accept the shift in the power dynamic, a shift he perhaps perceived and exaggerated. Du Pont insisted on being called Coach, and insisted on taking on members of his own team to feel as though he were a pro athlete himself. To anyone else this was plain self-denial and delusion, but to him these were all small victories. He had to win the battles as well as the war, though his behavior rarely suggested to anyone he was a General of anything.

While speculation as to what was happening in his mind will likely never run its course — du Pont might just be the walking definition of an enigma — The Prince of Pennsylvania‘s willing to try to delve into the physical reality, turning cameras to the trees and surrounding vegetation as voiceovers describe the man as becoming increasingly obsessed with the idea that there was someone (or something) on the property wanting to kill him. Lingering shots of du Pont staring off into the distance, surrounded by nothing but the walls of the mansion, are eerie and distressing.

Bennett Miller’s Oscar-nominated Foxcatcher may have covered the same ground only a year ago but the documentary has a much more personal feel to it. Miller’s interpretation of events broadened the scope of what was happening at the farms to make a commentary on the nature of patriotism and national pride, using du Pont’s off-kilter worldview to lead viewers to a place they perhaps never wanted to go but had to if they were to understand the kind of situation wrestlers like the Schultz brothers had gotten themselves into. The drama has been remembered more for the prosthetics and the intensity of performances, and although Mark Schultz publicly criticized Channing Tatum’s portrayal of him, it will still make a great companion piece to this documentary, and vice versa.

The stories of both Dave Schultz and John du Pont are likely to haunt the Newtown Square area for some time. They’re both tragic and difficult to reconcile. Dave had his life taken away without reason or warning, and the man responsible will always look reprehensible by comparison. But the fate of a man who only had friends his mother paid for and whose success was measured by what kinds of trophies he could amass on a mantlepiece is pretty difficult to process as well. Du Pont died in a prison cell at the age of 72 in 2010 having been convicted and declared mentally ill but not insane. He was born into isolation, the same place where his life ultimately ended. The inconspicuous manner in which he died doesn’t quite compare to the wrongful death he himself caused, but it does prove the end of an arc that was only ever trending downwards. 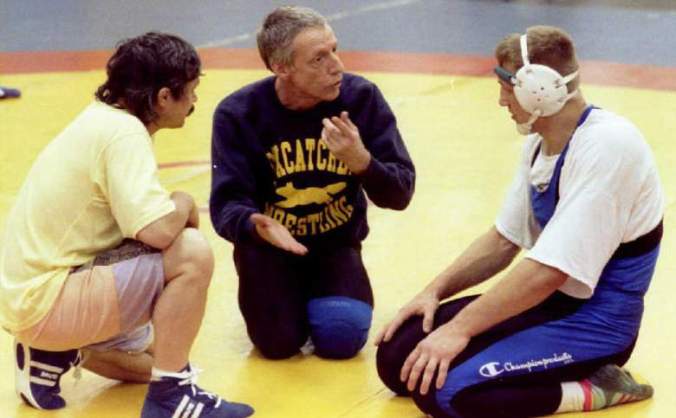 Recommendation: Dark and deeply rooted in emotion, The Prince of Pennsylvania serves as fascinating albeit upsetting insight into the infamous events surrounding Team Foxcatcher. As the Hollywood production proved, one doesn’t need to be a follower of the sport to appreciate the story. This doesn’t quite carry the dramatic heft of that big budget production, but it carries a weight all its own that is impossible to ignore. A great watch for those interested in getting a better idea of what this situation was all about.

A hobby blog dedicated to movie nerdom, cinematic escapism, nostalgia, a touch of empathy, and finding the next groundbreaker (oh, and the occasional horror flick for good measure). Comments and dialogue are encouraged. Next theatrical movie premiere: Tenet (Moved from July 17, to July 31, to August 12, to Labor Day Weekend)