As we enter the month of October I’d like to remind everyone that I am not the most passionate of horror film fans so if you’re looking to this month of TBTs for some revisitations of classic horror, you might be disappointed. I may throw in a surprise somewhere, though, so who knows. Plus, well. No. Never mind. I have nothing else to add. This concludes a pretty pointless intro for 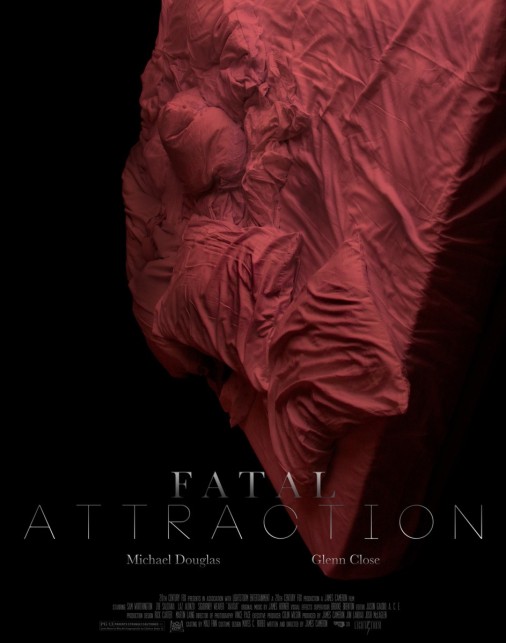 Of course, Glenn Close isn’t hoarding puppies for their fur this time, she’s after something arguably worse. A man’s sanity and domestic bliss. Her Alex Forrest could do with liberal doses of both in this heart-poundingly sexy yet ultimately disturbing tale of a one-night stand gone terribly wrong.

Fatal Attraction isn’t exactly revelatory filmmaking, in fact it could be passed off as another of those romantic dramas Douglas found himself typecast in during the late ’80s and into the ’90s (Disclosure, Basic Instinct, A Perfect Murder all striving to satiate a particular obsession, all variations on the theme of fidelity and sexuality). Despite its familiarity Lyne’s film benefits from the excellent work from its cast, Close in particular. She epitomizes the Stage 5 Clinger, making Vince Vaughn’s concerns over the feisty little redhead he met at the wedding (that he was supposed to crash) seem quaint and childlike.

Douglas plays Dan Gallagher, a respected New York lawyer and loving husband to Beth (Anne Archer) and father to Ellen (Ellen Hamilton Latzen). One weekend Beth takes Ellen to the countryside for a getaway and to take a look at a house they are considering moving to. Over the same weekend Dan comes across Alex at a party and ends up having an affair. When he stays with her a second unplanned night, Dan becomes adamant that the relationship is not to extend beyond these two nights, insisting he is content with his family. Alex questions his intentions, suggesting with a hint of madness already lurking in her eyes that he can’t be completely content if he allowed himself to do something like this.

Over the ensuing days Alex begins pursuing Dan, showing up unexpectedly at his office and even at his Manhattan apartment, posing as a potential buyer. Feeling scorned, she becomes motivated enough to stalk the family at their new country home, where the mere sight of the Gallagher’s collective happiness — observed from just outside the living room window — makes Alex physically sick to her stomach. The standoff between the two of course extends beyond this, but for anyone who has yet to see the film these details are better ignored for now.

Fatal Attraction perpetuates a sense of dread around every corner, and that’s largely due to Close’s mesmerizing work as the psychotic Alex. Her frizzy blonde hair suggests much about her fraying mentality. When the two first meet she tells Dan about her job as an editor for a publishing company. She’s no vagrant, appearing at first cultured, lucid, stable. Little about her screams unhinged, except maybe the fiercely intense way she makes love. Elevator sex tends to say a lot about a person, and it’s clear Alex gets off on this kind of reckless abandon. But Lyne stylizes the scene so that it comes across initially as merely the second part of an impassioned two-night stand. In retrospect, it’s a pivotal moment and Dan should have recognized it.

But isn’t that part of the fun in watching these films? Not simply the clandestinity of the affair but the fact we get to see specifically how the betrayed are being betrayed? That may sound callous but it’s one of the simple, gnawing truths of Fatal Attraction. Dan didn’t just cheat on his wife, he cheated twice, once in a dirty elevator. Credit Douglas for remaining a fairly likable guy even after his actions threaten to tear his family apart. It’s a bit of a cliché writing him as a successful lawyer (lawyers clearly aren’t infallible, but his chosen career so sharply veers from his unscrupulousness it’s a bit ridiculous). He has made a career-threatening mistake but partially redeems himself. Credit that to screenwriter James Dearden who developed his short film into this full-length feature.

The film is loaded with intensity, sizzling with sex appeal and identifies one of Glenn Close’s most powerful and unhinged performances. Fatal Attraction doesn’t do much to stand apart from similar entries into the scorned lover subgenre, but suffice it to say this is one of the best. A hell of a thrill ride. 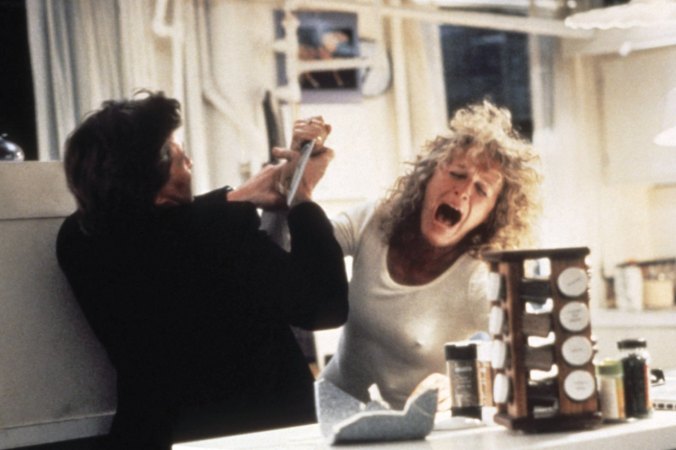 Recommendation: Fans of Glenn Close need apply, she puts in a great performance as an entirely unhinged woman whose initial appearance as a career-driven woman could not belie her true character any further. It’s a great character and one to thoroughly loathe when we finally realize the significance of Dan’s mistake of betraying his loving wife is nothing compared to the mistake he makes trying to ignore his scorned lover.

TBTrivia: According to Glenn Close, people still come up to her to tell her “thanks, you saved my marriage!”