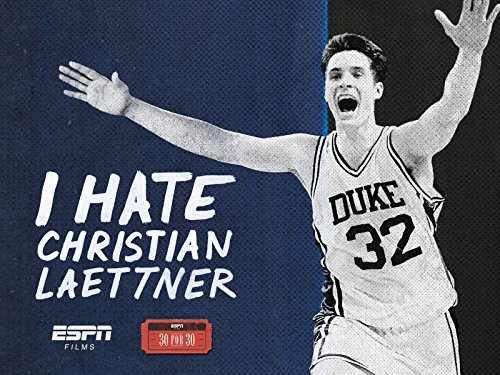 The psychology that characterizes fandom and sports obsession isn’t complicated. Just as in movies there are the good guys you cheer for and the bad guys who you want to see fail. The good guys are the home team, who have a crowd behind them and are representative of a larger whole — a community, a culture. The baddies are whoever the visiting team is, strangers stepping on your turf. They’re the unwelcome, the outsiders. Or, more literally, they could just simply be bad people — dirty players, egotists or downright bullies. The people no one can afford to lose to.

Former Duke Blue Devil Christian Laettner fit snugly into the last description, an athlete so intensely disliked by his opponents — a.k.a. everyone who did not attend Duke University — he gave the term ‘trash talk’ a legitimate dictionary definition. Trash talk is the active, verbalized dissatisfaction over the presence of one Christian Laettner. Unlike the kinetic energy of rallying and general, outwardly positive support, trash talk requires putting in some extra effort. But just as positivity can be contagious, booing a group of unpopular players or a lone target has a galvanizing effect. Rory Karpf’s I Hate Christian Laettner is proof that hating the villain can be almost as thrilling as watching the good guys win.

The documentarian splits his time evaluating both the player and his environment, on a quest to determine which had a greater influence on the other. Rob Lowe narrates. Was Duke — a private school steeped in tradition and excellence, a lightning rod for bitterness and hatred well before the kid came to campus — responsible for shaping one of the greatest collegiate players of all time? Or was Laettner’s aura — a triple threat of looks, talent and confidence — simply so powerful it subsumed the team’s collective identity? Either way, over the course of his four-year career the hatred cast the Blue Devils’ way seemed to intensify. The school was and still is regarded as a model for exclusivity, a precinct of privilege and preppiness, its inviolability more closely and negatively associated with the aloofness of the Ivy Leaguers. And from 1988 until 1992 it had Laettner.

In an effort to obtain a consensus opinion of this controversial player, Karpf fields a rather impressive assortment of interviews that dissect virtually every aspect of the player’s life. Highlights include head coach Mike Krzyzewski (Coach K for short) and wife Mickie; analyst Dick Vitale; former assistant coach Jay Bilas; former guard Grant Hill; and, of course, Duke alum Ken Jeong. Sports writers offer anecdotes about team dynamics and Laettner’s relationship with his coaches and teammates. Teammates cite specific instances in which they almost got into fights because of personal disputes and verbal confrontations with him. Of course the stories are recanted with a smile and a laugh, but underneath the surface you can still sense some tension.

With the combination of abrasive personality and court presence that Laettner had he was never someone people didn’t think anything of. If you knew the name, you had an opinion of the guy. Loved by his fans and hated by everyone else, Laettner’s something of a cliché on paper. Realizing it’s somewhat counterintuitive to rely wholly on emotive factors and especially gut reactions to paint the big picture, Karpf steers the latter part of the conversation towards his athletic ability. Trash talking may be fun, but thankfully I Hate Christian Laettner realizes that compelling sports stories must rely on some balance between public opinion and tangible aspects. Particularly worded accusations and criticisms eventually begin to give way to more productive talk. Yes, out comes the stats sheet, but how exactly is that not expected in a basketball doc?

Endowed with power, speed and a 6-foot-11 frame, number 32 was a hard worker and ruthless competitor. Arrogance off the floor translated to confidence and poise on it. Case in point, the buzzer-beating turn-around jumper that lifted Duke over Kentucky in the ’92 NCAA Finals. His clutch performances didn’t earn him more fans, though. In fact that habit did pretty much the opposite. Even his more obvious detractors in the interviews have to come to terms with his gifted athleticism, and they do. There’s no point in lying.

This documentary is most definitely less effective for those who consider themselves outside the circle, people like me who try not to become too swept up in melodrama. That’s not a knock against the subject nor the way it has been presented. Consider the target audience confirmation that what makes 30-for-30 often so intriguing is how niched each individual story is. Until this documentary I didn’t know who this guy was. Yet I learned a few things watching I Hate Christian Laettner. I learned that watching this once through was enough for me to arrive at a satisfactory (enough) conclusion: I learned that I guess . . . I guess, I hate him too . . . ? 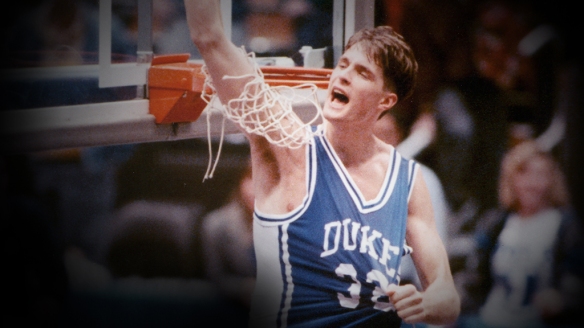 Recommendation: An intriguing slice of sports drama, the documentary will have far more of an impact for those who grew up watching these games and/or having experience with its stigmatic subject. It’s never less than an interesting watch, but at the same time an overriding sense of indifference prevents me from saying this is a 30-for-30 you absolutely need to see.

[No trailer available. Sorry everyone.]