As Will Smith notes in Independence Day, it ain’t over ’til the fat lady sings. And while I knew, deep down, there would not be any fat lady singing to indicate this feature had truly ended, I also knew there was no way I could stop doing these posts. It’s the longest-running feature on the blog! Fortunately I have, in my estimation, something kind of important to talk about to jumpstart the conversation about films from years past. And it is actually one I am lifting from this Top That! list I had posted a little while ago, which you can check out here. Okay. I think that’s enough links for one intro. 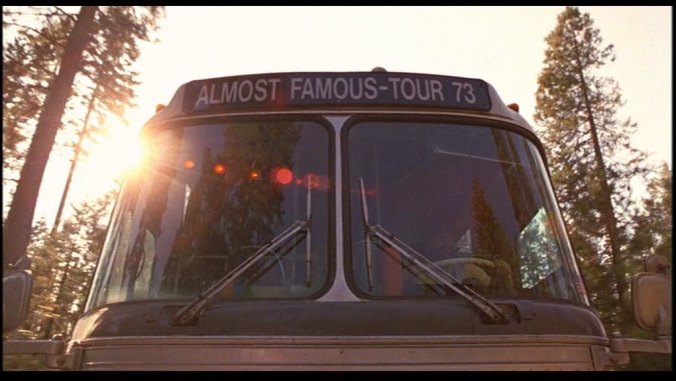 Even though it’s kind of a bummer, it really does make sense. Rock stars are cool and rock journalists are . . . not. I wonder what that says about film critics, about those who try hard to be included in the spotlight but never will — doomed to remain tantalizingly on the fading edge of the spotlight while trying their damnedest to understand that which they are covering for their stories in an effort to perhaps better understand themselves.

In Almost Famous, Cameron Crowe’s turn-of-the-century (millennium, actually) film about a young aspiring journalist who stumbles into the industry only to haphazardly fall back out of it after following a fictitious rock band around the U.S. in an attempt to get his first cover story published, Crowe was confessing several things.

First, the obvious (and quite cliché): fame ain’t all it’s cracked up to be. Patrick Fugit, billed as William Miller but clearly miming Cameron Crowe at age 15 when he himself was contributing articles to Rolling Stone magazine while still attending high school, learns this the hard way. When a rock critic he greatly admires sends him on his first professional assignment to cover headliner Black Sabbath, William inadvertently gets swept up in the experiences — many thrilling and others not so much — shared by the members of Stillwater with whom he forms a bond during their 1973 American tour.

Second, if Almost Famous was even close to an accurate rendering of some of his experiences, then writing about rock’n roll was the gig to get, despite bitterness frothing in Philip Seymour Hoffman’s cautionary monologues bookending William’s adventure. “Don’t befriend the bands you meet . . . ” (whoops); “You will never be as cool as a rock’n roll celebrity. People like us, we’re not cool.” If the relationship between Crowe and Rolling Stone taught him anything, it’s how to write a great screenplay. Perhaps the transition into writing movies was less a stepping stone as it was inevitable, the precursor to actually being cool.

And of tertiary importance: if you were a die-hard rock fan, the 70s must have been a rough ride. Band leaders Russell (Billy Crudup) and Jeff (Jason Lee) take center stage in representing Stillwater on and off the tour bus, naturally, as the two lead guitarists. The pair exhibit varying levels of enthusiasm over having a journalist along for their tour as they have serious concerns about how their image may be affected when William (a.k.a. “the enemy”) publishes his story. Struggling to maintain relevance in an era of ‘Boogie Oogie Oogie’ and Dancing Queens the members are keen on steering William in the direction they wanted his writing to take them, which is to say, towards the limelight of bigger stages.

Almost Famous is uncanny in many ways but it truly excels in creating tension between personal and professional goal-setting. New band managers entering the fold add to Stillwater’s misery; an air of distrust and uncertainty surrounding the wide-eyed journalist’s intentions thickens as time passes. Then toss Stillwater groupie Penny Lane (Kate Hudson, iconic) into the mix as Russell’s ex and the first to take an interest in William at the Black Sabbath concert, and suddenly the lives of rock journalist and professional rock band don’t seem so incongruous. It’s the warning Hoffman’s Lester Bangs was providing all along.

Crowe may have tapped into the zeitgeist of the 70s music scene, but he also struck a deeper chord. This was something of a personal journey for him and it would be a mistake to think, despite how good Patrick Fugit is — hell, how good any of the members of this sprawling ensemble are — Almost Famous served primarily as an actor’s showcase. This learning experience is tinged with pain, nostalgia, envy, regret, sorrow, elation. The cast sublimely navigate these emotions in a story that begs to be revisited time and again. For all of these reasons and more, Crowe’s fourth directorial effort has been rightfully regarded as a classic. 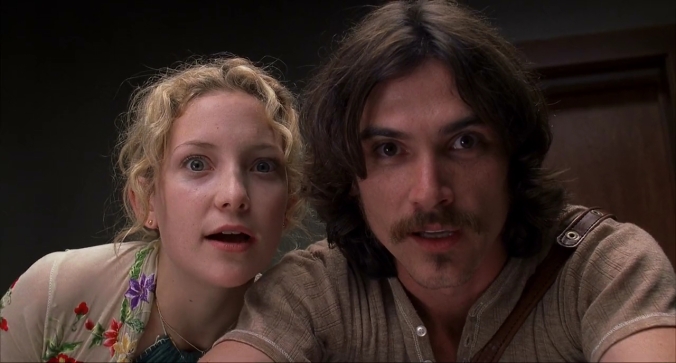 Recommendation: An almost perfect film experience, watch Almost Famous for the nostalgia, for the music (there are 50 credited songs used here), for the performances, for the Philip Seymour Hoffman performance (who was sick the entire time), for the plane scene, for Penny Lane — for all of it. If Almost Famous doesn’t appeal, music dramas are clearly not your cup of tea. And I guess, that’s cool too . . .