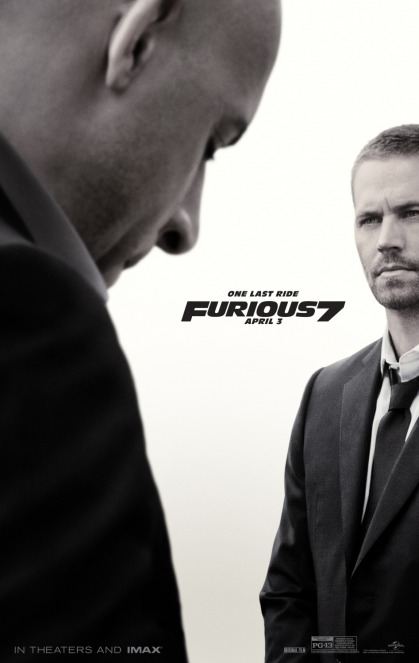 With James Wan behind the wheel, Furious 7 surprises by not only representing an exciting new direction for the young director but possibly the best this franchise has to offer.

It’s no secret that over the last few films the stakes have been steadily rising for Dom Toretto (Vin Diesel) and company. Now with the blood of Deckard Shaw (Jason Statham)’s brother Owen on their hands, they have never been higher for the streetwise thugs-turned-protectors. When attacks hit close to home as Deckard goes on a murderous rampage in a quest to avenge what he’s lost Dom and Brian find themselves having to once again reassemble The Family in yet another grandstand of spectacular physics-defying stunt work and globetrotting that even the most worldly Travel magazine writer would be jealous of.

In this latest installment the pavement scorches under screeching tires as well as the fiery mid-day Arabian sun, the scent of burning rubber has never been more palpable in a medium where smell is all but impossible to gauge, and the loss of Paul Walker has breathed an entirely new level of drama into a franchise where sentimentality once felt pumped in by Hollywood execs high on the fumes of one of the most financially successful action packages of the last couple of decades. With the Malaysian-born horror aficionado now shifting the gears, what could have turned out to be a deal-breaker has turned out to be the real deal.

Rare are the follow-ups that manage to perpetuate the kind of energy and emotional power that’s been generated by Rob Cohen’s The Fast and the Furious, an adventure that, when compared, feels now like a juvenile frolicking through the streets of adolescence. When a franchise has lasted as long as this one has, it’s dually impressive that there’s this much consistency even when the narrative continues to be plagued with cliché, subpar acting and unbridled sensationalism. Furious 7 may represent inevitability 14 years in the making but there’s little sign of this ride being over.

Plot is once again mercifully undemanding as The Family — a ragtag crew we’ve come to embrace in Dom, Brian, Letty, Roman, Tej and Hobbs — joins forces with an even more ambiguous form of government (imagine a time where Dwayne Johnson’s Hobbs is second to the Person You’d Never Want to Double-Cross, and that’s where we exist now) to track down an elusive international terrorist named Mose Jakande (Djimon Hounsou). This guy is supposed to make Statham’s Deckard look like merely a pawn in a bigger game but unfortunately the emphasis there is lost amid the chaos of all the action. Nevertheless, we’re drawn into another popcorn-obliterating episode where the government has bigger plans than these street racers; where somehow they are the ideal candidates to help track down such a notorious bastard.

Kurt Russell makes his Furious debut as Mr. Nobody (actually his name is Frank, but that’s pretty anticlimactic) and he’s seeking protection for a particular hacker who invented a high-tech device called ‘God’s Eye,’ a McGuffin also known as the world’s most powerful tracking bug. If Dom will help track down the ruthless terrorist and prevent him from obtaining ‘God’s Eye’ this mysterious government entity is all-in for helping the crew bring Shaw to justice. As Dom has already been strung-out in his attempts to help Letty come back around to her former self following the events of Fast Five and Fast and Furious 6, he’s really in no position to argue. Plus, you know, there’d be no pivotal plot point otherwise.

When The Family and Russell’s slicked-back hair join forces the film hits its stride in terms of adrenaline and emotional gravitas. Actually, it’s difficult to gauge which is better: the point where these stories intersect or the earlier introduction of one of Jason Statham’s most ruthless characters ever. As a rogue special forces operative bent on revenge Statham is a one-man force of destruction that’s equal parts fun to watch as he is dangerous. He hospitalizes Hobbs in a particularly brutal fight sequence early in the film, and single-handedly almost eliminates everyone in the absolutely over-the-top finale. More than any other, Statham clearly relishes reintroducing his nastier side, as if knowing himself that his action star status has been dangerously stagnating for the last several outings.

Wan’s film will be distinguished as the most bittersweet of all the entries given the tragic circumstances surrounding Paul Walker. Though some have drawn attention to the fact his character here is an amalgamation of him, his brothers and some impressive CGI work, to focus on the presentation of his character is to overlook the spirit thereof. Fortunately the final montage doesn’t do any overlooking. Walker’s Brian has always remained a decent, loyal man — brother to Dom, now a father and husband.

It may not be appropriate to become sentimental over someone I never knew, but how can anyone imagine his fictional life not mirroring how Paul dictated his life off the silver screen? The most painful realization lies in the irony of his fate, but in some weird way perhaps it is fitting that his greatest life’s work — if it’s not his presence in this then it is what was introduced as a genuine love for cars in The Fast and the Furious — similarly mirrors the price we all pay for caring, for loving and ultimately, for living. 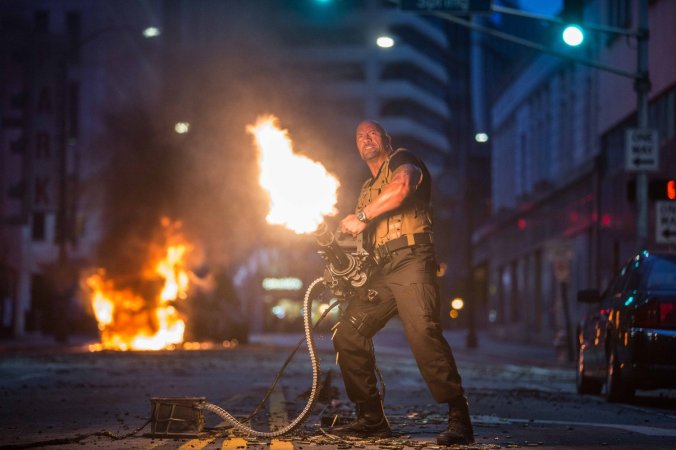 Whatever happened to just using a flare gun at the start of a race?

Recommendation: James Wan surprises with his seamless transition into the world of action filmmaking. Granted, it was smart of him to not tinker too much with the formula that has sustained the franchise for at least the last three entries, but this was undoubtedly a big project to take on. It successfully encapsulates everything fans have come to love about these films while building upon the character development and expanding the drama beyond racing. Furious 7 also serves as a fitting tribute to Paul Walker. If you’re a fan of these kinds of things, you by now have already bought yourself a ticket. Right?

Quoted: “I’m here for the team that crippled my brother.”