Today’s food for thought: The Hills Have Eyes. 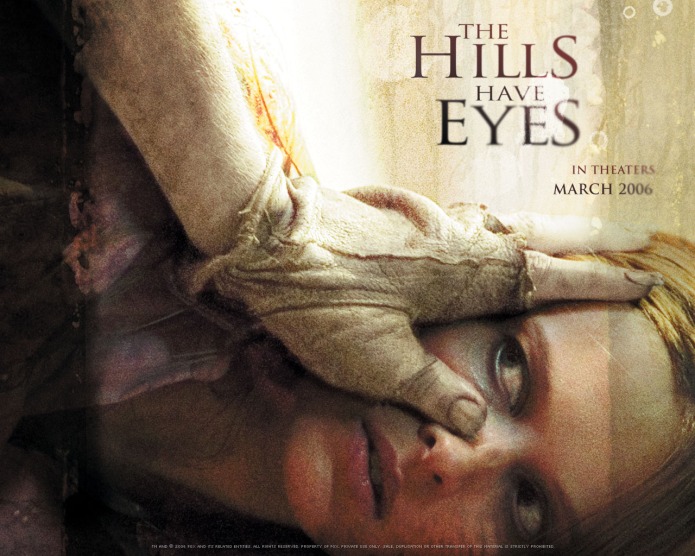 Okay, so maybe there are worse things to fear than the state of the nearest gas pump you come across when breaking down in the middle of nowhere. Carnivorous bastards, for one.

The relatively recent remake of Wes Craven’s The Hills Have Eyes, the story of a most unfortunate family who are left to fend for themselves against monstrous hill-dwelling creatures after being tricked into taking a “short cut” and subsequently stranded, will forever be remembered by this reviewer for its excruciatingly brutal trailer-invasion scene. Ick ick ick ick ick ICK!

French director Alexandre Aja (who will be helming the forthcoming Horns, starring Daniel Radcliffe) set his sights on making his film a brutal and gruesome one. Between the grotesque appearance of the cannibalistic beasts — ostensibly humans with a bad case of nuclear mutation, in this case — the savage attack sequences and the desolate wasteland upon which Aja has set his pawns, I. . . uh, yeah. . . the guy succeeded.

The stockpile of victims here is the Carter family (same as in original version), spearheaded by Bob and Ethel, who are on their way across the country celebrating their anniversary. It might go without saying for the uninitiated that the characters aren’t bred to be much more than sitting ducks, awaiting their grisly fate at the hands of these sadistic. . .things. Sure they may not have to do much but scream and meet their maker in the form of creepazoids named Jupiter, Pluto, Lizard and Goggle, but the relatively unknown cast turns in what is necessary in order to effect desperation and terror as they succumb to their isolation in this former nuclear testing site.

*Shudder.* This movie is just gross. (Thanks for these memories, Tom.) 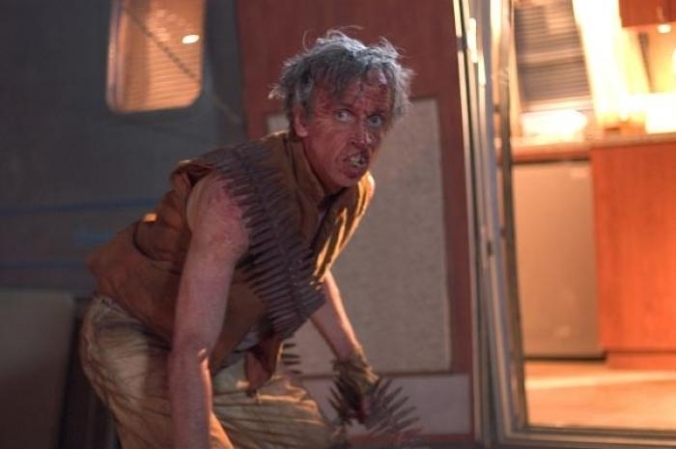 Recommendation: The Hills Have Eyes might not be what I would call essential viewing but it is if you’re into horror. Then again this might be a redundant recommendation as I might imagine this film has been ticked off somewhat quickly after having seen Wes Craven’s 1970s version. As a horror skeptic, I find the end result of this film to be an adrenaline rush that I don’t particularly need to experience again. I’m appreciative of the first time around and will save my eyes for some other hillside terror. Again, *shudder.*

TBTrivia: The development of condominiums in the original desert location of Wes Craven’s film forced the film crew to scout other areas.