The fourth and final installment in the NBApril segment of Throwback Thursday is already here. Well, goodbye April. Sorry you couldn’t stick around for longer. . . . . . . . . . . And also, apologies that this month could not have ended on a better note. I guess this is just going to be one of those times where a little bit of forethought or organization to the list of movies I was planning on watching this month might have helped. A little secret: not all of the films on this feature are ones I have seen before and technically speaking they are brand-new films to me, and therefore some reviews may be different than the ones I might or could write if I had memories about the film in question. Therefore, I kind of am breaking my rules for the TBT set-up a little bit, but I’m young and unruly and get out of my way or you’ll pay, listen to what I say. And with that attitude in mind, let’s jump right into blabbering on about 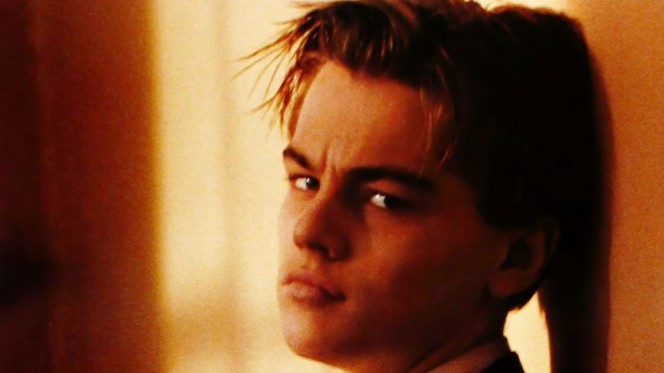 Less about basketball than it was about addiction to hard drugs, The Basketball Diaries was a tough film and an even tougher film to appreciate, much less enjoy. Though it boasted a thoroughly gripping performance from an incredibly young Leo and saw Markie-Mark transitioning nicely from hip-hop headphone to the grainy celluloid of the mid-90s, the film ultimately failed to amount to anything more than an aggressively anti-drug public service announcement.

The Basketball Diaries is the kind of movie I imagine would function fairly effectively as a freshman and/or sophomore phys-ed or wellness class educational film. The St. Vitus Cardinals might have gone down in high school legend as the definitive cautionary tale of students pondering a life road less traveled. . .for damn good reason. I

Granted, this was a fact-based adaptation — a loose one at that — of the autobiography written by Jim Carroll, who had later gone on to become a published writer after a brush with death when he fell into a serious drug addiction at the age of 13, quit his basketball team and dropped out of school.

Clearly, the film had no commitment to presenting any sort of crowd-pleasing elements considering it was charged with depicting such terrible and alarmingly commonplace poor decision-making in the underprivileged youth. This was (and remains) a disturbing reality for millions, though after sitting through The Basketball Diaries just one time, one wished they had had just a little more time to prepare themselves for the unexpected sermon that was to come.

An in-diapers DiCaprio was tapped to portray 12-to-16-year-old Jim Carroll, who’s first seen as part of an unstoppable high school basketball team in New York’s Lower East Side. Twenty-one-year-old DiCaprio imbued Jim, a young boy with few healthy outlets or interests, with an aggressive and voracious appetite for finding trouble. Jim’s refusal to play by the rules was impressive work considering it was little Leo’s fourth or fifth big-screen appearance. Jim’s friends were perhaps even worse, particularly the loud-mouthed and brutish Mickey (Wahlberg). A quiet kid named Pedro (James Madio) and the comparatively level-headed Neutron (Patrick McGaw) — ohhh!!! I get the nick-name now! — rounded out the rat-pack of tragic city-bound gadabouts.

The Basketball Diaries made one simple but glaring error in its harrowing depiction of several lives corrupted by narcotics. It forgot to create empathetic characters. Equally possibly, it refused to. Mark Wahlberg’s Mickey in particular was impossible to care about as he remained a character with no redeeming qualities whatsoever. (Rare is it in a film when one finds themselves so turned off by the characters they wind up rooting for their demise.) Jim and company fall so hard the punishing scenes later on became redundant.

The film’s sloppy, underdeveloped writing didn’t help matters either. While the stalwart performances from Leo and Markie-Mark managed to make up for whatever character depiction was also probably missing in the script, the two budding actors couldn’t save the film’s lack of true suspense-building as every step of the way was one predictable fall from grace to the next. Slumming it through The Basketball Diaries felt akin to playing a game of Mario where all you do is fall down the levels, never able to catch a break and ascend back up.

Well-intentioned, The Basketball Diaries was frustratingly one-note and challenges the viewer to the extreme in terms of offering reasons to empathize, provided the obnoxious characters and the cold indifference of their self-created realities. The script made stabbing attempts at making Jim three-dimensional at the very least, using the occasional voiceover by DiCaprio to instill some sense of passion for life that the boy still clung to, even during his most desperate days. The rest, meanwhile, remained helpless as the script damned them to their predictable fates. Since getting close to these people wasn’t possible, it felt more like good riddance than it did good-bye.

Unfortunately, the film failed to go to the more thoughtful, reflective places more often. Jim’s ability to write about his world offered fleeting moments of lucidity and even hope, though wallowing in darkness and despair was favored more often, as was relying on the cold calculations of the world to provide answers to whatever it was these lost people were looking for in life. A largely unsatisfying yet jarring film experience. 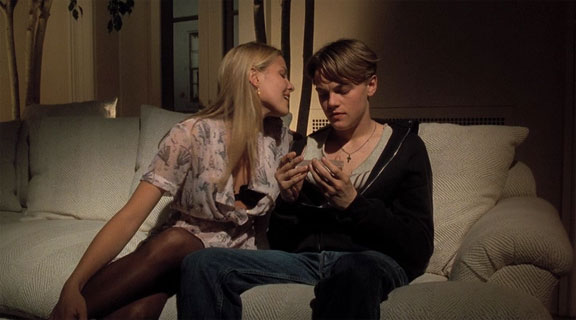 Recommendation: The Basketball Diaries is an effective piece of D.A.R.E. propaganda (with which I have no arguments against, death at the hands of hard drugs like heroin is a terrible tragedy) but it borders on being too heavy-handed and monotonous. Leo DiCaprio fans should probably see it for another good, early performance but for anyone out of the loop on this, they aren’t missing much by not venturing down this dark avenue.

Quoted: “You’re growing up. And rain sort of remains on the branches of a tree that will someday rule the Earth. And it’s good that there is rain. It clears the month of your sorry rainbow expressions, and it clears the streets of the silent armies… so we can dance.”