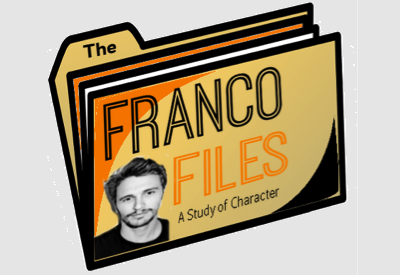 It’s been a new year for a little while now, but it’s been even longer since I’ve introduced a new concept/feature to this humble little pet project of mine.

Dudes and dudettes, I have to say I’ve waited long enough to unveil this idea, and after sitting on this for awhile I think it’s time to allow this guy to stretch his legs. I present to you fine folks, THE FRANCO FILES, a monthly feature in which I will break down a certain performance from one of my favorite actors, Mr. James Franco and detail his impact in the film he takes part in. I haven’t yet decided whether or not to expand this feature to other actors later, although that is entirely possible. For now, it will remain relative to the work of James Franco, whether it is a lead role or a contributing supporting role; however major or minor, if his name is billed, it counts.

My hope is that, through this extended feature, I bring some attention to just how exactly a single performer can influence a film, as well as turn a spotlight on the nuances of this particular actor’s entire body of work. I hope you enjoy. 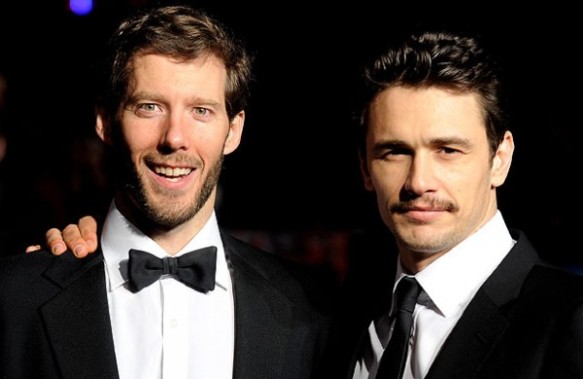 Character Profile: Mr. Franco plays 27-year-old Aron Ralston, an outdoor enthusiast from Colorado (born in Ohio). This is no ordinary adventurer, however, when in 2003, Ralston found himself trapped in a narrow section of canyon in the remote regions of southeastern Utah after dislodging a boulder and getting his right hand pinned between it and the canyon wall. In an improbable fight for survival, Franco is tasked with conveying the long descent into panic and despair as he exhausts all options for escape over a five day period. Given Ralston’s experience outdoors, and an incredible ability to think rationally and strategically, Franco has been presented quite the challenge in managing emotional extremes, especially since overdoing any given emotion could ruin the film’s startling realism. To his credit, overacting in this situation could be an easy mistake to make, and yet he handles the job with grace and dignity. His Aron Ralston is one of the actor’s very best performances.

If you lose Franco, the film loses: It’s heart. There is no doubt that 127 Hours is Franco’s film. It is impossible to think of this movie without picturing his many facial expressions and playful mannerisms, even before things get serious. Since the film’s debut in 2010, despite his many other film appearances, it’s also equally difficult separating the actor from this experience. Strong direction from Danny Boyle certainly helps elevate the drama,  but the bulk of this emotionally draining experience rests upon the former Freaks & Geeks star’s shoulders.

Out of Character: “When Danny told me how he wanted me to approach this film and this role, I listened to him. He wanted me to meet with him extensively beforehand, learn everything I could from Aron. But when we shot, it would be more of a performance from the inside-out. He would put me through certain paces so that I would have my own experience, so that I wasn’t trying to slavishly recreate all the nuances of Aron’s behavior, but instead he would put me in situations that were close enough to Aron’s — short of me cutting my own arm off — so that, yeah I would have my own experience. So in that sense, maybe you do get a lot of me. He was very interested in a comedic side to this role. It was very important to balance out the intensity of some of the material and to get the audience on board with the character early on.”