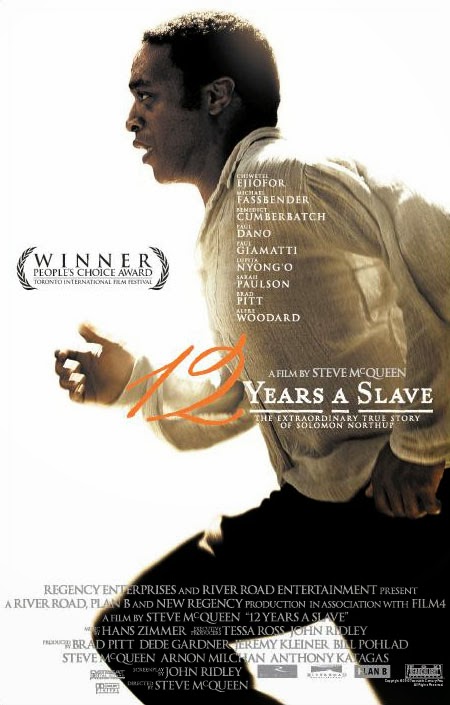 Every so often there are those releases that stir up a buzz unlike any other; a certain climate that generates perhaps as much interest in the film as the film itself. This feverish talk might be about the cast involved and the work they have turned in, or the timing of such a film, or simply the subject matter. The hype can become so great as to almost assume a deafening roar, becoming something unto itself.

In the case of Steve McQueen’s telling of a free man being abducted into slavery in pre-Civil War America, the graphic contents of this particular journey certainly reached this kind of level for me. A great deal of discussion stemmed from the accuracy of its depictions of human suffering and cruelty, of violence and bloodshed, and what may be worst of all, the language and dialogue. 12 Years a Slave was thereby rendered as something more than what it perhaps should be viewed and appreciated for.

Even if personal expectations were skewed because of this unique psychological component, it would be wildly inaccurate to say the film did not do what it needed to. My bracing for some extraordinary scenes helped me get through them a little bit easier, but that’s not to say the rest of the material is easy, either. Yet, if there’s any beauty to be found within this piece (and there is, for if you want to tell me that this man’s true story doesn’t end well you’d be dead wrong), it’ll likely take several views to actually appreciate such beauty. Unfortunately most of the film is just miserable enough to make sitting through it all a second time a rather unreasonable proposition.

But maybe this speaks to the true scope of McQueen’s vision and the transparency of John Ridley’s screenplay adaptation of the memoirs penned in 1853 by Solomon Northup. There are beautiful moments to behold, but there’s a heavy, heavy price to pay. Like reflecting back on any number of societal injustices as through a textbook or studying up on it in class, the meaning is in the details but you must read to find it.

There is no question that 12 Years will become 2013’s most notorious film, and this will be for a variety of reasons — most of which are good, though some will be more difficult to understand than others. Among the more shocking revelations, the simplicity to the story will eat at the viewer for the entire two hours. Not only is it the ease in which Solomon disappears off the streets of his hometown that’s disturbing, but the constant physical and psychological abuse he suffers is mostly derived from his inability to proclaim his true identity.

In Saratoga, New York in 1841 Solomon is approached by a couple of gentlemen who have a business proposition for him. As a talented violist, Solomon has a great reputation, and is always away from home playing for a variety of special events. These men need some music for one of their own events, and they convince him to join them on a trip to Washington D.C., where he shall be treated well and paid for his efforts.

The deceit is unnervingly simple. One day, he wakes up not in his bed, but instead chained to a dirt floor by his wrists and ankles. Two men enter the dank room and tell him that he’s no longer who he says he is; from hence forth he is Platt, a supposed Georgia runaway. When Solomon begs to differ, he is beaten within an inch of his life and left to cry out for help, as a camera pans out, revealing the truth about his undisclosed location. Solomon is forced to put on new clothes — the pajamas he once was wearing being the last item from his home that he had on his person — and is then sent away from this place and put on the slave market, bound for Louisiana on a ferry.

Solomon will bounce from a couple of different plantations where his workload and conditions become more dire and degrading. First he becomes the property of William Ford (Benedict Cumberbatch), a man who seems to possess at least some tangled thread of humanity. He is the one to provide Solomon with another violin, perhaps the single good deed that will befall him for the next several years. However it’s on his property where Solomon also clashes with a particularly nasty slave driver named Tibeats (Paul Dano), and incurs his wrath after Solomon proves himself more than a hard-working slave. This event results in a protracted pseudo-lynching scene — arguably one of the most difficult scenes to view throughout — and furthermore, it forces Ford to turn over Solomon to another man because of a mounting debt Ford has to pay off.

This transfer will land Solomon officially in hell, as he winds up the property of none other than Edwin Epps (Michael Fassbender), a ruthless man with a reputation for being an “n-word breaker.” Simultaneously, Epps has heard some things about this Platt, about his work ethic and his reputation for questioning his Masters. Being the maniacally drunk, perversely racist man he is, Epps makes it his mission to go out of his way to really break him down, make him sorry for ever having shown up on his plantation. As if he could help it.

Mind you, while all this is going on, Solomon’s family is growing up. The man spends over a decade in the south under a new identity and not being able to communicate at all to the outside world. All the credit possible must be bestowed upon McQueen and Ridley here for their ability to convert their southern plantation settings into the scenic yet stifled pits of inhumanity that they effectively were. It is in these moments, these scenes where you truly feel cut off from civilization, suffocated. The difference between where Solomon starts off and where he winds up is really felt.

In his last year of being enslaved at the hands of Epps and the perhaps even more hateful Mistress Epps (Sarah Paulson), Solomon comes across a carpenter named Bass (Brad Pitt) who’s originally from Canada. A believer in the abolition of slavery, he is inexplicably friendly with Epps and these moments offer up some poignant lines that address directly what is being put in front of our eyes. . .as well as Epps’. The pair’s views on the matter couldn’t differ any greater; yet as strongly written as this moment is, and as accurately as these characters may be rendered, this oasis of peace seems very strange. At the very least, a little oddly timed.

We toil along with Solomon throughout this whole saga, feeling the weight upon his shoulders as he watches in horror at the pain others are also enduring. A mother whom Solomon is traded with earlier on is unable to reconcile her grief after being taken away from her young children. On Epps’ plantation, he meets a young woman named Patsey (Lupita Nyong’o) who is the center of all of Epps’ affections. While she may be the most tragic victim on display, there are many others.

So we trudge through the weight of all of this, and yet there is a moment or two of tranquility. What does any of it mean? Is it just the sheer randomness of his abduction that we should be the most attentive to or is it the collective poison of slavery’s influence not only over those in the southern cotton fields, but over the spirit and soul of the nation at large? What are we to take away from this aside from receiving an update on the barbarity of the white man at his worst? It’s a little difficult to say really, because while McQueen does limit the violence to really only six distinct moments, the atmosphere of the movie will ultimately be more memorable than the miraculous survival of Solomon as a slave and his freedom finally regained.

Perhaps what hurt my own viewing was the aforementioned and self-imposed psyching out. I certainly elevated my expectations going in, most all of which were met (good and bad). However, what I recall the most after walking out is feeling a great sadness. This creation is undoubtedly a masterpiece, but yet it seems strange to only feel gutted after watching, and not something more akin to being enlightened. Yes, slavery and racism is pointless, but we knew that already.

Recommendation: Raw, visceral and unrelenting, 12 Years a Slave sets a new standard for cinematic displays of human suffering, not only in its realism but with regards to the nature of the treatment. At times, it can be certainly heavy-handed, though there’s no denying its a journey virtually everyone must see. Through graphic depictions we can start to get an appreciation for the barbarity of it all. It wouldn’t have hurt for an extended conclusion, but I suppose there’s enough there to nominate McQueen’s third project as one of the most powerful and well-crafted (and damning) pieces of the year.

Quoted: “A man does as he pleases with his property.”