I wouldn’t be at all surprised to see the number of my followers drop after I admit that today’s entry is a movie I had never seen until now. . . Somehow, some way this classic from the mid-80s has eluded me. I can report that after all this time this movie remains just as terrifying as it was when first exposed to audiences in the day. Its easy to look past the dated acting, corny dialogue, and campy 80s effects because the story here is just so thrilling, and quite honestly scary. I had a blast with this TBT. ’twas a much more memorable one than last week’s, that’s to be sure.

No rest for the mentally disturbed/possibly stalked. . .

The spirit of a vicious child serial killer resurfaces in the nightmares of teens in modern-day and is responsible for their subsequent and shocking deaths in this tense, spooky thriller from who else, but Wes Craven (I’m actually not that familiar at all with his style, but since this is a horror film for the ages I figured I’d best get ahead and jump on the bandwagon as quick as possible to make up for lost time).

I think it’s a general desire to distance myself from having too many nightmares myself that kept me away from this vintage piece of cinema. You will not find me in my most comfortable state during scenes of teeth-grinding suspense and dramatically low-lit, creepy stalking sequences, but I had to make an exception here. Craven’s direction is superb, fully taking advantage of a disturbing premise and several buckets of blood syrup to create scene after scene that’s filled with dread, suspense and gore in ways that are rarely seen in today’s horror offerings. Within the first ten-ish minutes, I yearned immediately for a time machine to go back in time and just have horror films like this exist and nothing else — this, coming from a non-horror movie watcher. I’m sure that I’ve said this often enough, I just want to make it even more clear how much fun this movie is.

After Nancy Thompson (Heather Langenkamp) experiences the death of her friend Tina, she’s not fully convinced it was the murder that everyone understands it to be, and sooner rather than later she finds herself deeply personally involved in the mystery also, and the dream world she goes to when sleeping starts to blur with the real world.

Years ago, a terrible hat-wearing man (yes his hat was terrible) who killed children was tracked down by enraged parents, who then cornered him in a basement and set fire to the house. Now he lives on in the nightmares of other kids living on Elm Street, killing children as his revenge. With each passing day and seeing more and more disturbing things in her dreams, Nancy is increasingly scared to go to sleep and her mother (horror regular Ronee Blakely) becomes increasingly worried about her daughter’s mental state. Finally enough is enough for Nancy, and she becomes determined to both prove that Freddie is indeed still alive (no one believes her since, well. . you know. . . he was a pariah from yesteryear and is long gone now), and that she is not insane. Nancy makes attempts several times to have someone watch over her as she sleeps and attempts to drag her monstrous stalker from the dream world to the real one so the terrorizing can be stopped, once and for all. 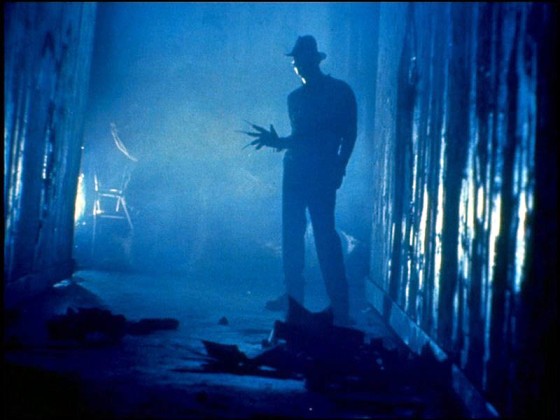 Well, that’s it. That about wraps us up for this disturbing week on Throwback Thursday. Thanks for revisiting this one with me, and for still reading after I told you it took me almost 30 years to see it.

Recommendation: Simply a classic, Craven’s low-budget and extra-creepy psychological thriller is both atmospheric and unnerving, and should be a permanent installment in any horror fan’s list of films to watch in the run-up to Halloween.