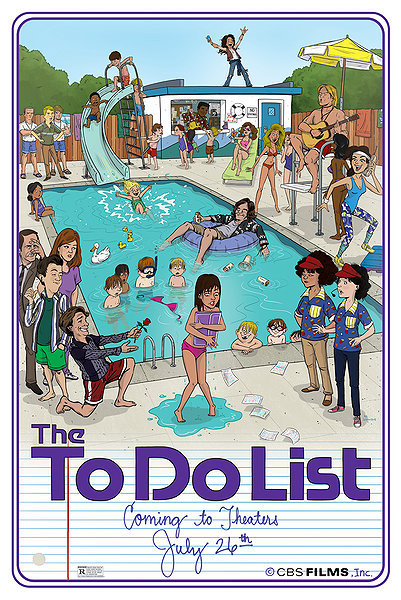 Finally, another movie to showcase Aubrey Plaza’s ridiculous shpiel. Or however you spell that word — gee, it’s about as awkward to spell as Plaza’s mannerisms have been irresistible. From a quieter role in The Office spin-off (coughrip-off cough) Parks & Rec, to her winning performance in the spectacular and charmingly quirky Safety Not Guaranteed,  she is an indie-actress with unique sensibilities and an awareness of what she’s doing and even if not why, but how she’s doing what. Or maybe my celebrity crush on her just makes me biased, who knows.

This time Plaza holds nothing back as she takes on the role of Brandy Klark, a studious girl who’s just graduated high school but is finding herself desperately missing something having spent all four years buried under school work and not much else. Consequently she’s the valedictorian of her class. And a virgin.

Set in the early 1990s, here’s a raunchy comedy that wouldn’t exactly receive an ‘A’ as far as delivering its message effectively is concerned. Brandy wants to enter college next fall having at least some some sexual experience, and this point is made clear right from the get-go. As we delve further into Brandy’s nerd-gone-wild character arc, we are beaten over the head about the importance of keeping sex in perspective, what sex means, and what that first hook-up was like. The clumsily-structured situation comedy makes for some hilarious (if not awkward) moments  — mostly due to Plaza’s charm — but it may not suit everyone’s palate as far as quality filmmaking is concerned.

Apparently, this is loosely based around the real-life experiences of first-time writer/director Maggie Carey. When Brandy stumbles into Rusty Waters (Scott Porter) — a college student who appears to be sculpted from stone — at a party that she’s been dragged to by her more outgoing friends, her goal is to shed her nerdiness and figure out how best to get with this guy. In the process, she creates a “to do” list, one filled with all kinds of dirty and degrading acts that she has literally done research on, and she aims to accomplish it all come the fall semester. Though she is undeniably cute, she finds herself having a very difficult (and hilarious) time trying to get this thing going.

She picks up a summer job working at a pool in her home town of Boise, Idado, where she is constantly made fun of by her underachieving manager Willy (Bill Hader) and pretty much everyone else. Coincidentally (and annoyingly conveniently) Rusty works as a lifeguard there, as does another boy, Cameron (Johnny Simmons) who has already shown a genuine interest in Brandy. The public pool is something of a contrived plot device — we spend much more time around it than I thought necessary — but in this case it serves up more than a fair share of laughs and touching (literally, touching) moments.

While the story does get distracted far too much in its divulging of as much sexual innuendo as possible (as if trying to compete with American Pie for the “Most Perverted” movie award would do this film any favors) Plaza’s performance saves the film from being truly bad. Her character’s naivety is both perplexing and humorous; delightfully innocent yet inevitably provocative. As she has been in times past, she doesn’t have to do a whole lot to sell her situation competently. And as far as ridiculous situations go, perhaps none are as ripe for comedy than losing one’s virginity. The smallest matters become mountainous obstacles for her character to try to overcome. When they do, we arrive at the most expected of conclusions: sex is not a big deal, folks.

The To Do List is relatively harmless and most of the characters are agreeable enough. With the exception of Christopher Mintz-Plasse and Andy Samberg who feel like total wastes and who could have been supplanted by any no-name actor (an option which would have strengthened the film, truth be told), the cast turns in solid performances that work to elevate Plaza’s head-in-the-clouds, feet-on-the-ground quirkiness to head-scratching levels. That’s a compliment. I think.

At the end of the day, this won’t really be on many people’s minds, but it serves as a satisfactory study of how the perception of sex vastly differs from the actual experience of it. Again, the lessons to be learned here are anything but inconspicuous (and maybe slightly cheesy) but they’re important enough to warrant this film. I had a surprisingly good time despite its overt chick-flicky appeal. 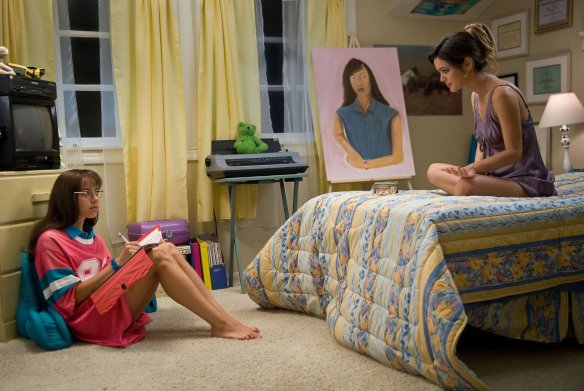 Recommendation: Aubrey Plaza fans will delight in this; those who don’t understand her antics — stay far away. This is all her show, plus some. Is this the Superbad chick-flick version? Why yes, that’s probably how I would sum this one up.