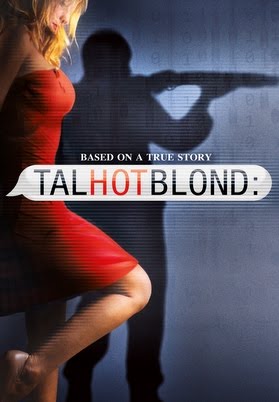 A man becomes obsessed with a woman he meets during an online poker game and does whatever he can to keep the fantasy alive, which unfortunately will mean resorting to violence where necessary, in this powerful and gripping made-for-television drama based on the 2009 documentary about actual events.

Okay so Talhotblond may slip by you for several reasons: the cast is nothing really invigorating, its debut on the Lifetime network makes it more obscure than something on the big-screen, and the chances of it having a seat at an awards ceremony is slim-to-none, even though the importance of this film cannot be understated. As the internet becomes more and more of an extension of our daily lives, it becomes more important we draw lines between the world we inhabit and that of the one we enter when going online. It goes without saying that the world of the internet has affected and will affect people in varying degrees and in different ways, but here comes the worst case scenario. What if you could no longer be able to separate out in your head that which you experience in cyberspace — say, a fling that you’ve “entered into” with a particular player at the poker table at allbetzoff.com, as the case is here — from that which you experience away from the computer?

The film centers around one of these individuals, whose problem reaches tragic proportions. Talhotblond does a remarkable job of focusing intently on the character of Thomas Montgomery (Garret Dillahunt), a middle-aged husband and father of two daughters. It slowly reveals the changes in his personality throughout, and while the acting is never stellar, the direction and storyline feed us just enough material to really buy into the skewed psychology of a man who’s clearly losing his grip on reality.

The picture starts out innocent enough: Thomas works as a low-level employee at a steel mill, cutting up bits of metal for use in furniture and whatnot, and we get to meet some of his coworkers whom he plays poker with once a month. There’s Brian (Brando Eaton), Ray (Michael Dunn) and a couple others Thomas maybe occasionally talks to at the poker table. A quiet and reserved man, Thomas is at first skeptical of the idea of playing cards online, since he says the best part of poker is the social aspect. Since his family life does not allow him to play more than the one night, he eventually caves and falls in love with the online game as well.

The game itself is harmless. The chatroom associated with the game, however, isn’t. This is where he is invited into a private chat with someone operating behind the pseudonym ‘talhotblond,’ and Thomas is immediately smitten. The two begin an intimate online relationship, chatting every single night and prompting Thomas to eventually purchase a new laptop so he can play nightly without having to make his wife share the single household computer. As if that’s not becoming suspicious enough, the distance he begins to put between himself and his entire family earns his wife, Carol’s (Laura San Giacomo) attention. She admits that while he’s not the most talkative man, something is most definitely different about him.

The direction of the film really contributes to the disturbing psychology of its story. For all intents and purposes, we are basically jumping into the mind of Thomas Montgomery, and there is little to no time wasted in doing so. A precious few minutes are spent on developing a little of his family and the guys he plays poker with but virtually from the opening ten or fifteen minutes we are in deep here. We see right away the kind of person he is — or wants to be, which is more to the point. As Carol notices her husband spending increasing amounts of time on the laptop she remains virtually oblivious to the fact that he has undertaken an online personality, that of Tommy, a young, battle-hardened Marine who is about to leave for a tour in the Middle East. (This is his excuse for not seeing Katie, a.k.a. ‘talhotblond,’ anyway.)

But all things come to an end, as Tommy/Thomas is about to learn. Things remain tense and become more and more unsettling as the film maintains a rather quick pace. Again, because the tempo and an almost inconceivably perverse reality complement the solid scriptwriting, Talhotblond relies not on superb acting chops or particularly dramatic “big” moments to keep our knuckles white. The horizon rarely expands beyond the unusually intense concerns of one Thomas Montgomery and the devastating effects his obsession takes on his family.

Thomas may end up having to sleep on a couch in his own garage for awhile, but you can be sure that by the end of the movie, that will not be the worst place he will end up. You can also prepare for a rather heartbreaking conclusion.

Surprisingly, as Thomas’ plight takes turns for the darker and more disturbing after being sniffed out by his own family, it’s actually toward the very end when the worst news of all comes to light. The true identities of our main characters will devastate you. On some level I’m shocked a single person could be so cruel but then I have to immediately force myself to become un-shocked because we now live in an era where the Internet more often than not changes reality for us. The better of us will not or should not allow ourselves the temptations of the world wide web’s more alluring. . . . things. Actually they’re not even really all that alluring. . . they’re just, there. All the time. Vying for our attention. We’ve gotta be careful.

Recommendation: If you can find this little diddy, I highly suggest you watch it. Scope your local RedBox or surf Netflix for best results. Or you might get lucky enough to catch it on T.V. Either way, be prepared to be deeply disturbed.