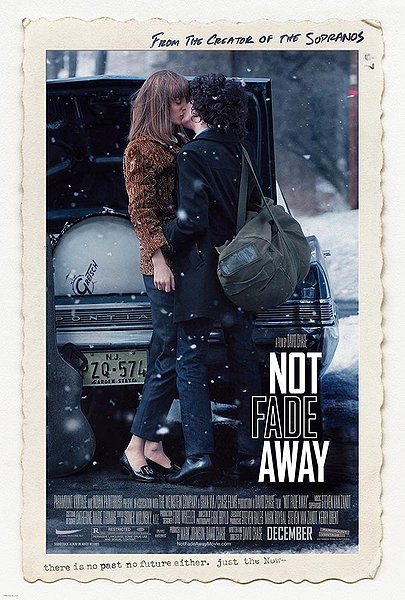 Forgive me for being a snob, but any movie that is complete with a definitive 60s soundtrack, setting, and thematic overtone; and is also named after a Buddy Holly classic, well that just has to be good. . . .right?

David Chase’s step into features, since his successful television drama The Sopranos concluded, proves that the transition is neither an easy one, nor a natural one. At least, not for some. I was not initially aware it was directed AND written by The Sopranos‘ creator going into the film, but that makes a lot more sense now why this picture was such a strange experience.

First of all, I want to try not to slam the movie too harshly. There were some excellent moments scattered throughout, and to agree with at least one other critic out there, its sense of time and how Chase captured people’s attitudes and the general culture of that era was flawless. Our frontmen actors revolve around the young John Magaro, who plays an eager, up-and-coming vocalist, Douglas; Jack Huston as bandmate Eugene; James Gandolfini as Douglas’ dad, Pat; and Bella Heathcote as Grace. All of them seemed to fit right into the times they were portraying. And, inexplicably, or maybe just out of ignorance toward the make-up department, the people cast into the film were convincingly ’60s-looking.’ I don’t know how else to describe the phenomenon, other than simply products of great casting. In short, its impossible to deny the film’s authenticity, at face value.

The feature tries to catalog the trials and tribulations of growing up in this era, using a young band’s aspirations to become ‘the next big thing’ as a marker for that progression. Douglas’s parents who are struggling to make ends meet don’t approve of the lifestyle their son has taken up. He is expected to either enroll in college or join the army. When neither thought entertains Douglas, he starts giving more and more of himself to his role in his own band, and the music scene in general.

That’s how most of the movie spends its time: submerged in these young adults’ passion for music, but even then we don’t really get a strong grasp on the inner workings of how bands get along. We get tastes, glimpses of potential deal signings, recording sessions, some fall-out amongst the members here and there, but overall the story comes across in scattered pieces, and we’re left to decipher what we can from it. Given the movie’s revolutionary source material, it’s a bit of a mix of frustration and disappointment that the movie struggles to be more original, more radical than it ends up being.

We’re not even talking bad acting here, either. The script and acting in tandem are nothing spectacular, mind you, but are not the source of the movie’s problems. A substantially weak plot is not really delivered upon and the cast seemed to know it. Most of Gandolfini’s lines are delivered with a record-low sounding sulky salt in his voice, as if he knew deep down what he was laying down wouldn’t even be enough. It all sounds a bit disastrous, but other than not really knowing which direction you’re going in next, and never coming to a point in which you’re confident things are going to work out alright (as things usually do in films — good ones and bad ones alike) there’s nothing truly ‘bad’ about Not Fade Away.

If its only crime is becoming a little muddled up in its own story telling (the ending scene is pretty bizarre as well), maybe we can just blame it on LSD. 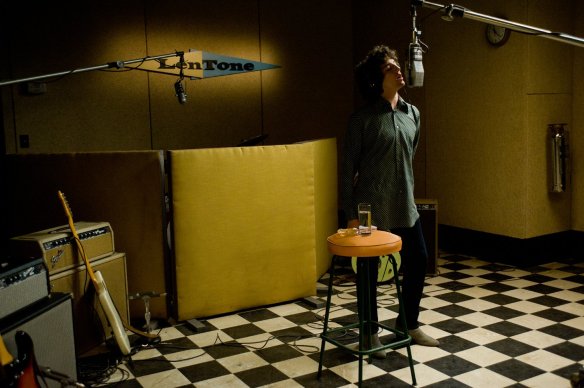 Recommendation: Strange as it was, I would say go see this film. It’s a bit like Across The Universe — less successful and not as inspiring but just as romantic and idealistic. And the soundtrack, yes, is pretty good. That’s worth something.

2 thoughts on “Not Fade Away”