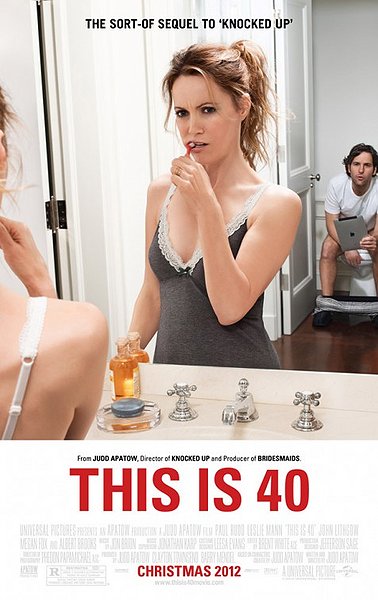 I do like Judd Apatow but I’m going to veer off-course here, just like his directing does in this film, by saying this is in no way one of his best features. It’s certainly one of his longest.

Clocking in at over two-hours, This Is 40 is a chance to exploit life’s growing pains and the pitfalls of married life for profit. I don’t necessarily have a problem with that since this is Hollywood we’re talking about, where nothing’s off-limits; I just wished this film was funnier and a tad shorter.

We once again are introduced to Pete (Paul Rudd) and Debbie (Leslie Mann), that all-too-unhappy pair from Apatow’s decidedly funnier Knocked Up, but this time we have to stay for dinner. And for a long time afterwards, too. We would enjoy the company more if there were company to actually enjoy. Instead what we’re provided in this (have I mentioned long?) cross-examination of these individuals’ day-to-day are mostly asinine details about the less-enjoyable times throughout the later stages of life — life revolving around a rather unlikeable family.

To name a few, the kids coming of age (pre-high school) — and if this film is any indication, this phase can be attributed to most people’s gray hairs; things on the work front not going so smoothly — Pete is a record label owner failing to produce sufficient revenue and new artists, Debbie as a shop owner whose business is not faring much better; and then there’s always the case of an extended family being a rather dysfunctional group of characters, including Albert Brooks as Pete’s perpetually mooching father, and a rare sighting of John Lithgow as Debbie’s estranged dad.

As does Lithgow, these moments of hyper-stress and “what are we going to do with ourselves” only occur but for a few moments at a time, and sporadically. They never really become substantial or even really convincing. Well, the children are as annoying as ever come the halfway mark.

Moving outside of the immediate family, Apatow decides he needs some scenery for the film, so he casts Megan Fox and Charlyne Yi as Debbie’s store employees — Fox as Desi, a promiscuous flaunt who is about as bad in this movie as she’s ever been. Understanding how obvious it might seem that she’s hired based primarily on her looks, I have to say this time it’s so incredibly apparent that to not point it out would be to overlook one of the most tacked-on facets of This Is 40.

Ultimately, This Is 40 winds up as a weird mix of the serious tone dominant in Funny People and the bubbly-happy pseudo-reality commonly found in an Apatow production. The result is not nearly as satisfying as one would think. 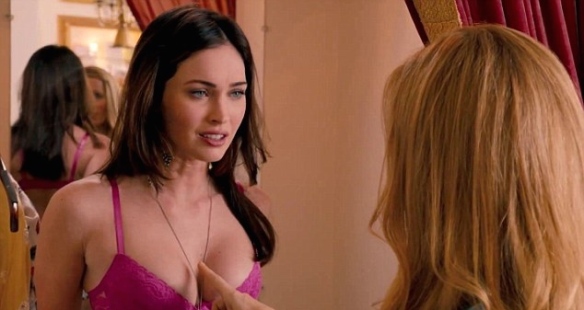 Recommendation: As far as an Apatow production is concerned, I would save the money and wait for the next. A man this successful and talented is sure to pop out another here in a year or so. This was just a disappointment honestly.