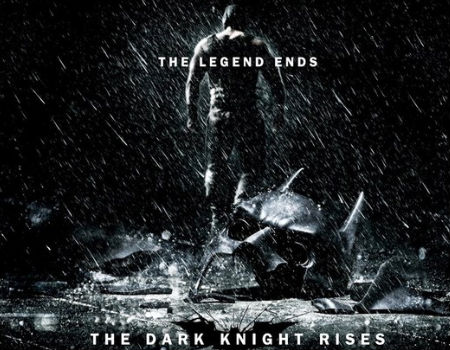 Four years have yielded this final night of waiting for a conclusion to Christopher Nolan’s epic and visionary Batman series. It’s been, particularly as of late, a period of massive speculation, of hype and hysteria and even death threats on the part of fans who are going up against anyone who may talk ill of the third installment. Yes, this movie has generated quite a frenzy and almost not even in a good way anymore. Critics have been threatened and fans look all the more ridiculous.

I know I’m going to enjoy this movie whether or not it winds up as good as its predecessor or even its original. It’s a new Nolan production; it deserves a kind of acknowledgement that something has really been achieved here. No matter if there are those who try to take more away from his movies but simply can’t (because it is, after all, based on a comic) it is still a milestone in filmmaking — if, only for the size of the hypersphere surrounding its release.

I can’t tell you exactly what I’m expecting to love in this movie — in all likelihood, everything! But with biased opinion comes shitty writing so I’m going to have to dig deep to find flaws and weaknesses in The Dark Knight Rises. I have a ticket to see it at ten minutes after midnight tonight and I will share details intimately with everyone sometime after that, when my brain summarily collapses under the weight of Nolan’s genius.

See you at the flick!