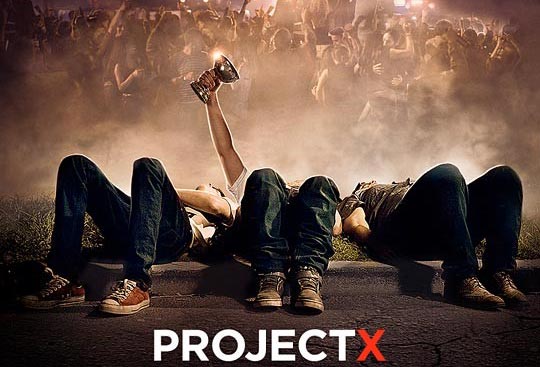 This is my first blog post in a long time. Over a year, in fact. The prompt for my posting is rather unusual, and on the negative side, but a motivation nonetheless. And it has everything to do with my latest moviegoing, which is undoubtedly going to have me reconsidering every decision I make to go see a movie in the theaters.

Let me start with my disappointment in Phillips’ involvement with this project.

I have been a fan of his directorial and production talents in past films such as The Hangover, Old School, and Road Trip. If I could (and I’ve been known to) predict the future, this would be where it all goes wrong for him, as well as being the first-to-third-degree-burn for pathetic director Nima Nourizadeh, as the film is in no way entertaining, much less ‘comedic,’ as the tags so misleadingly describe this 88-minute chaotic Cloverfield-esque booze fest.

While Phillips obviously was on a mission to start upping-the-ante with the debauchery factor in The Hangover and especially The Hangover 2, he could have let this one pass by his eyes. Why didn’t he?

From minute one, I was insulted to be associated with males. The references to female parts must have been uttered at least a dozen times within the first couple of minutes of monologue from a kid who obviously has been denied [them] since his entrance into high school. As he, Costa (Oliver Cooper) talks to his buddy behind the camera – a style of filming that I didn’t consider all that awful, actually –  the entire film can be easily assessed as THE biggest gratuitous piece of sh*t ever made. And again, I stand firmly in support of films like Road Trip, and other non-Todd Phillips flicks like American Pie and Superbad (though I admit the latter is only one scruffy-beard’s shave away from this).

The plot is to basically reveal three high school upperclassmen coming of age, somehow bethroned by hosting a wicked and out-of-control party at Thomas’ (Thomas Mann) parents’ home in North Pasadena. And how.

To be honest, I felt my eyes closing within thirty minutes of the opening scene. It was boring. It was undercast, which apparently was a deliberate move to help legitimize the grandeur of this party. How can three losers host such an amazing time? Let’s drag a few faceless actors into the scene. Actors, nonetheless.

After a few somewhat sneaky stunts pulled, like barely escaping a rough gang after stealing their drugs in the ghetto part of town, the events of the coming-of-age party begin to escalate to a ‘damn-what-is-this-going-to-do-to-people-with-more-impressionable-frames-of-mind’ level. Thomas and his friends successfully invite a bounty of attractive girls and their “plus-ones” to Thomas’ house and it looks like a pretty fun time.

Now, imagine Colin Farrell trapped in a phone booth rapidly filling up with vodka from the bottom. And frantic women and jerk-tools all around, beating on the glass making fun of him. There’s basically no way to escape but to keep watching….juuuust to see what may happen. Or in my case, you may exit stage left.

The very limited advertisements for this film are all that you need to see to surmise the direction and attitude towards a post-Hangover Hollywood: we can do whatever the fudge we want and somewhat get away with it. Everyone in this film is reckless – from tasering one of the only adults to appear in the film (a neighbor with a yes, annoying, noise complaint) to setting trees and half a neighborhood on fire with a weapon that would scare terrorists into hiding again. I have to admit that Phillips’ previous films did lure me into thinking that his involvement would at least make this film a fun experience. Funny, at the very least. But it’s not! I felt incredibly awkward the entire time; again, mainly for my having external genitalia.

There is at least some consequence in this feature; cops attempt to break up the party, and finally are able to do so (with the assistance of SWAT……..I’m guessing the next step would be one more bowl of weed smoked would signify the need for the National Guard), and kids go to jail. Hell, the party’s host (Thomas) loses his college tuition and faces prison time. His friends fare a bit better, though as actors they should be fucking ashamed, and I’m not using an asterisk this time.

Maybe I’m a bit delusional or naive, but this film could have been shot anywhere – even here in Knoxville, at some university function. A backwoods redneck party could be on par with this – and probably is on a nightly basis; though, you’d need to remove the marijuana and add methamphetamines. That doesn’t mean you have the right to enter a Hollywood studio thinking it’s justification to show the masses that this stuff can go down ‘ferr reaaaalll…’

Overall, I would have to concur with other seemingly over-irate Rotten Tomatoes critics and give this picture a “boooooo” out of 5 for unoriginality, crude sexuality and basic destruction of the teenage wasteland. Excuse me, the CREATION thereof. There are no redeeming elements to it, aside from my incredible temptation as a dude to claim that some chicks in this movie were pretty good-looking, some guys had what was coming to them, and that Hollywood aside, this would have been a wicked good time, had it not been completely set up (safely, I might add…or I hope).

It’s also comforting to know that there may be a sequel to Project X. I wonder if anyone will die in this next one?

All I can say with confidence is that the director should go ahead and trap himself in a closet with enough weed, booze and some more serious drugs and attempt to stage the plot in his mind first, before blindly creating a wave of pretense across the globe that this is what it takes to become popular. Hey, we all know its happening. But now dad is in agreement that it’s pretty okay with me, son, as long as no one gets hurt. Or dunks my Mercedes into the pool.

Oh, one guy died in Houston as a result of mimicking the epic party proportions of the Hollywood version. Too bad it wasn’t Costa, “that dick in a sweater vest.”

Recommendation: For the young and the unruly only. I didn’t enjoy this not because I may be the most bitter movie critic ever, but because it was wildly an inaccurate portrayal of high school life. Either that, or clearly I didn’t get enough in high school. Maybe I skipped a chapter in that part of the Book of Life…

We've Got (Back) Issues

We're fans of genre entertainment but we do have some issues. We mainly review old stuff because nobody will give us press credentials.